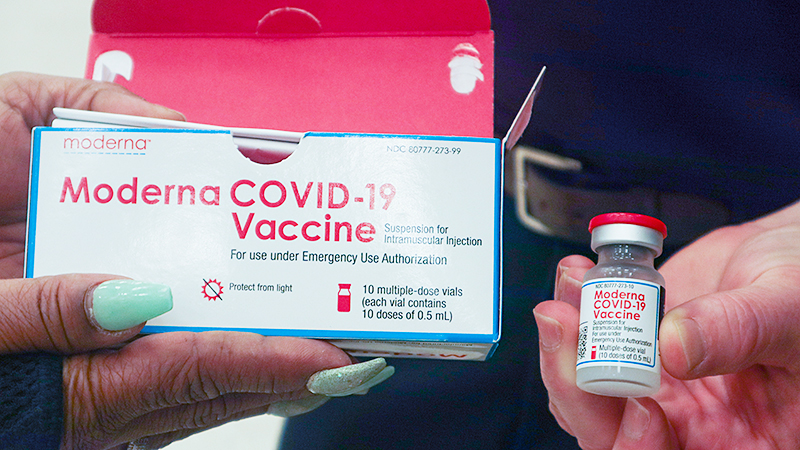 “Expanding to ages 50 to 64 will continue the state’s priorities of protecting those at the greatest risk of severe outcomes and preserving the state’s health care system,” said Imelda Garcia, Department of State Health Services associate commissioner for laboratory and infectious disease services and chair of the Expert Vaccine Allocation Panel.

The move to expand eligibility to a new category of Texans — labeled 1C — means that vaccine availability is ramping up across the state. However, appointments may continue to be hard to find, as the number of eligible recipients outnumbers the vaccine supply. Before the Wednesday announcement, between 10 million and 13 million people — more than one-third of Texas’ population — were already eligible, according to state health officials.

To date, nearly 7 million doses of the vaccine have been administered across Texas and more than 4.5 million people have received at least one dose, according to state data. In total, about 8.5% of the Texas population has been fully vaccinated.

In recent weeks, service workers, including grocery store and restaurant staff, have been advocating to be included in the next round of eligibility after spending nearly a year on the front lines of the pandemic.

The announcement comes on the same day that the statewide mask mandate ends, further stoking fear about the virus’ spread among those in the industry. On Monday, service workers gathered outside the Texas Capitol to protest the decision to roll back safety restrictions and demand that they be given access to the vaccine.

Federal recommendations suggest all essential workers not included in phases 1A and 1B be included in this next phase, though Texas has previously strayed from that advice.

Texas is still far from herd immunity — the level at which a sufficient proportion of the population is immune to COVID-19 to stop its spread. Experts estimate that between 70% and 80% of Texans will need to be vaccinated to cross that threshold. That amounts to nearly 100% of adults in the state.

The announcement of the expanded vaccine eligibility comes on the same day that the statewide mask mandate ends. The mandate was first implemented by Gov. Greg Abbott last July. On Monday, service workers gathered outside the Texas Capitol to protest the decision to roll back safety restrictions and demand that they be given access to the vaccine.

Abbott hinted about the vaccine announcement during a press conference last week, when he announced he was rescinding the mask mandate and allowing every business —including restaurants, bars, retail stores and sports stadiums — to operate at 100% capacity. Abbott cited a number of key COVID-19 metrics, including a decline in new hospitalizations and the statewide positivity rate, as evidence that Texas is “in a far better position now.”

In the nearly three months since Texas received its first shipments of the COVID-19 vaccine, supply has steadily increased. There are now three approved vaccines in the U.S. — Moderna and Pfizer-BioNTech, which both require two doses, and Johnson & Johnson, which requires one dose.

The Federal Emergency Management Agency and state emergency management officials have also begun running mass vaccination sites aimed at underserved communities in Houston and Dallas-Fort Worth. The sites are NRG Stadium in Houston, AT&T Stadium in Arlington and Fair Park in Dallas.

Concerns remain about equitable access to the vaccine. State Sen. Borris Miles, D-Houston, expressed frustration on Wednesday with the low vaccination rate among communities of color on which the pandemic has taken a disproportionate toll.

“I feel kind of that you broke my heart and broke your promise to me,” Miles told Garcia, chair of the EVAP, during a state Senate Health and Human Services Committee meeting.

The increasing number of vaccinated Texans has meant, for some, a return to some semblance of normalcy. The U.S. Centers for Disease Control and Prevention on Monday announced that fully vaccinated people can visit safely with other vaccinated people and with small groups of unvaccinated people. But the CDC cautioned that COVID-19 still poses a grave public health risk, and urged everyone — including vaccinated people — to continue to wear masks and keep physical distance in public.

State health officials estimate that the vaccine will be available for the general public later this spring. Biden earlier this month said that the U.S. would have enough supply of the COVID-19 vaccine for every adult by the end of May.