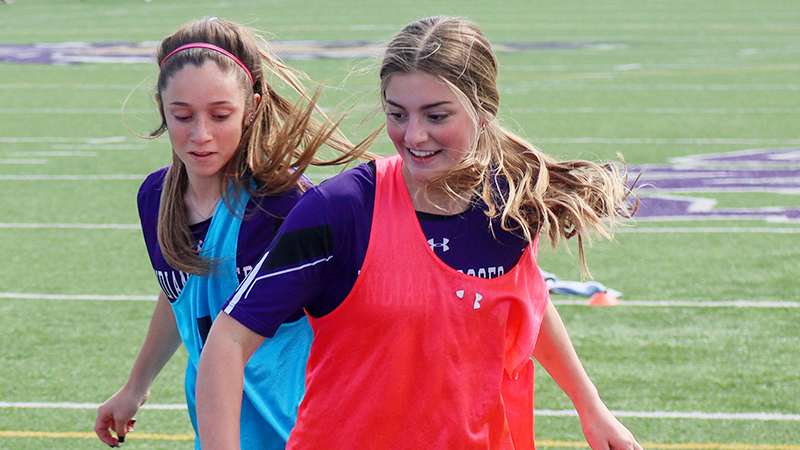 The Port Neches-Groves Indians clinched the District 21 5A championship with their 1-0 win over Barbers Hill over the weekend. The win marked the 11th time in the last 13 years that the PNG girls earned the honor, with Nederland winning the other two.

Consistently winning over that span is not an accident or pure luck. It takes years of great coaching and having student athletes buying into a philosophy.

When I asked head coach Amiee Bates to name a Most Valuable Player of the regular season, she declined, but not because she didn’t have any good players. In fact, she said all of her players were so good that a single player did not stand above the rest of the squad.

“If you man mark our highest goal scorer, we have two other scorers who are three goals behind her,” Bates said. “We have an attacking mid that can come up through the gaps and score. I don’t feel like we have a single MVP. I feel like you can go through my whole line and find MVPs. Every game, someone steps up.”

When I interviewed Bates at the beginning of the season, she was excited to see what her team could do. Her talented squad was robbed of seeing what the playoffs had in store for them last year when the coronavirus pandemic struck. The Indians were 10-0 in district when the season was called off.

“We have a dream to go to state. For the past five years, obviously last year was cut short, we’ve been to the regional tournament,” Bates told Port Arthur Newsmedia earlier this year. “We are knocking on the door of that dream.”

Each game this year has been one step closer to that dream, and the girls continue to rise to the occasion.

During a practice just days before the now infamous ice storm, Bates and her crew were in the PNG competition gym practicing as the temperatures plummeted outside. There were no excuses and no days off, if possible. The gym practice was intense and light at the same time. They were a group of friends who had no problem turning up the heat in the name of competition.

The team’s most impressive performance came in the first half of the second match against rival Nederland.

PNG scored five goals in the first half, defeating the Bulldogs 5-1.

As of Monday, the Indians needed to total 16 goals against Galena Park and Port Arthur to reach a preseason benchmark of 100. The Indians scored more than eight goals in four games this season.

Earlier this week, the Texas Girls Coaches Association named PNG the No. 5 team in the state.

Bates said she and her team are happy to get the recognition but understand they will not be catching anyone by surprise in the playoffs. If the regular season has been any indication, PNG is no longer knocking on the door to their dream of a state championship. They are pounding on the door and looking to kick it in.