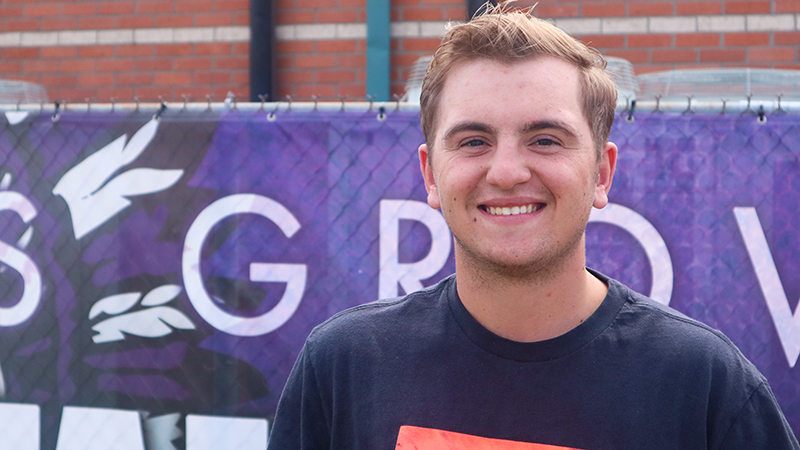 PORT NECHES — Reid Landry has been fascinated by sports and the inner workings of the human body for most of his life.

When the current Port Neches-Groves High senior was 10 years old, the two subjects collided, leading him down a path to his soon-to-be college major and possible career.

“It was All-Stars practice and it was the day before our first district game,” he said. “We were doing some batting practice and my dad, who was our coach, said go out and play whatever position you want. I was happy because I got to play outfield and I had never played outfield before in my life.

“I got there and was doing fine. They hit a ball and I was running to get it, slid and my hand bent backwards. My friend, who was really tall, had a huge cleat and drilled into my hand and broke my middle finger.”

The injury caused Landry to miss the district schedule, but he became more enamored with human physiology during the rehabilitation process.

“I didn’t just take off the cast and it was back to normal,” he said. “I had to work it back. I had to go to practice and not hit. I would to just catch balls, especially playing first (base), catching is a big part of it. It was almost doing physical therapy by myself. I just worked my way back slowly. The first day, it hurt. The next day, we did something a little easier. We had the little weighted balls and I worked with those to help make my way back.” 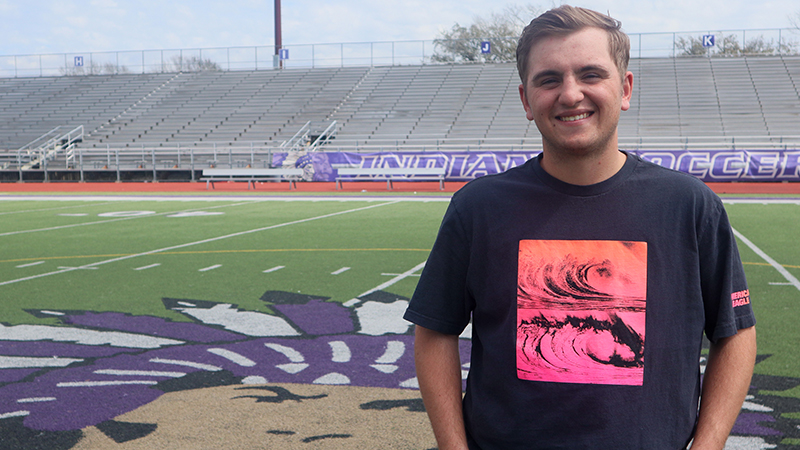 Reid Landry is ranked No. 12 in his class at Port Neches-Groves High School, where he plays football and baseball. (Chris Moore/The News)

Today Landry is ranked No. 12 in his class at PNG and plans to attend Texas A&M in the fall, where he will major in kinesiology.

The senior played baseball and football all four years at PNG.

When he is not studying or playing sports, Landry enjoys his involvement at First Baptist Church Port Neches.

“We have a group that meets on Thursday mornings and we play some Christian music and read some devotionals,” he said. “I used to play guitar, but now I just sing at my church sometimes. Our youth group is seniors through eighth grade, so going up on the small stage at youth group is a chance for the younger kids to see me and know that it is OK to be emotional. Getting into church requires you to be emotional. I hope these younger kids can see me and see that I am not embarrassed.”

Landry is a peer tutor at Ridgewood Elementary for his younger sister’s second grade class.

“My sister and I were born 10 years apart to the day,” he said. “Being a teacher is a hard thing. Doing this showed me I don’t want to be a teacher. You have to want to. Doing that has been really fun, because I got to spend some time with some kids and be a role model. Especially with me going off to college, I have been able to spend some more time with my sister.”

Landry plans to study exercise science with a specialization in motor behavior at college.