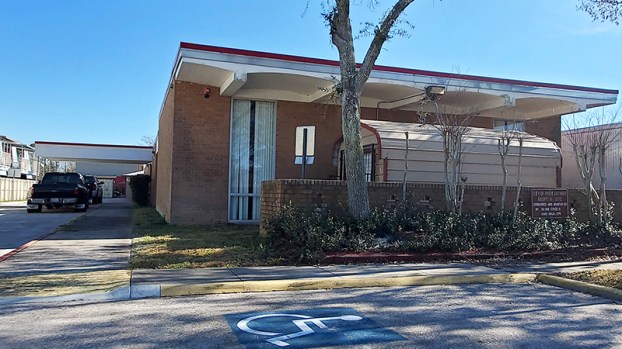 The City of Port Arthur Recreation and Senior Center will get a freshening up, some much needed renovations and possibly more should voters approve a ballot proposition in May.

The building, located at 1308 Ninth Ave., houses the parks and recreation offices in addition to being the site for senior citizen activities, summer programs, computer rooms and a place for seniors to get morning exercise.

The building, once the site of the YMCA, was dedicated in 1966. The current YMCA location across town was opened in 1986.

Specific details on what work needs to be done is not available, as city officials have a few steps to take first. 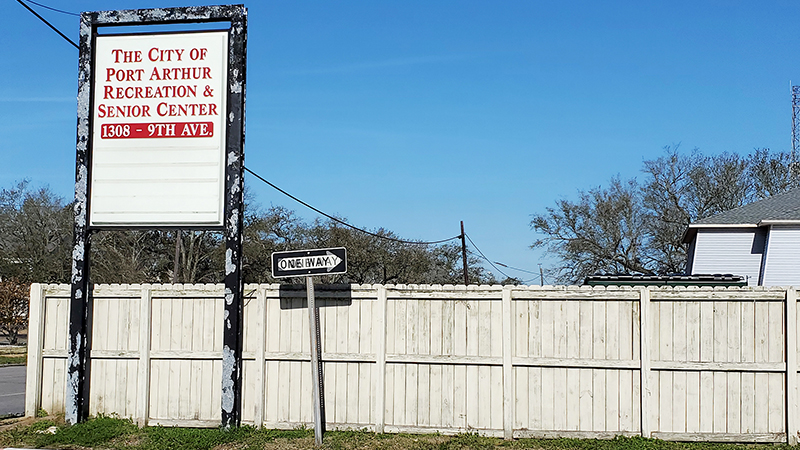 The sign pointing the way to the City of Port Arthur Recreation and Senior Center at 1308 Ninth Ave. A proposition is on the May 1 ballot to reallocate money to renovate the center, as well as upgrade Rose Hill and Adams parks. (Mary Meaux/The News)

City manager Ron Burton said the city is looking to get schematics or renderings of the site, as well as that of Adams and Rose Hill parks, both of which are on the ballot position.

There is no set date of when the renderings will be available, only that it will be before the election.

“This was one of the first YMCAs (in the city) and was built in the mid-1960s,” Burton said. “We won’t get a firm grasp of what needs to be done unless we do a structural analysis on the building. The structural analysis will tell how much lead and asbestos is in there and whether we need to renovate.”

Besides being a 55-year-old building, the structure suffered damages from past hurricanes.

A check of structural integrity of the building will occur in the next six to eight months once an engineering firm is found that will check the roof, foundation, walls, plumbing and other parts of the building.

Burton said he would not write off the possibility of tearing the structure down and rebuilding.

Whether the proposition is approved or not, there needs to be a check of the structural integrity due to the age and damages incurred through the years, Burton said.

A proposition will be placed before voters on May 1, asking to reallocate $1 million of sales tax revenue per year for three years from the Port Arthur Economic Development Corporation to be used to upgrade parks at Rose Hill and Adams, as well improve the senior recreation center.

Burton said the working funds — should the proposition pass — would see additional funding from two other sources.

One source is grant funding from Texas Parks and Wildlife and another source would be a contribution from the city’s general fund in a matching grant. 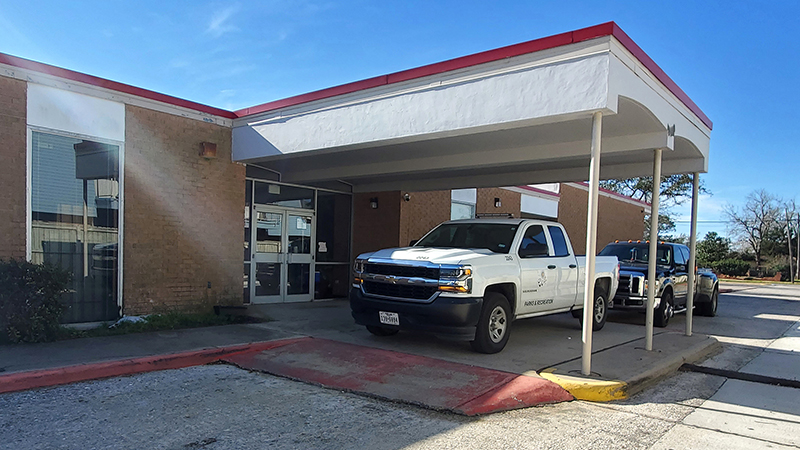 The entrance to the City of Port Arthur Recreation and Senior Center at 1308 Ninth Ave. (Mary Meaux/The News)

Port Arthur, like other cities, receives sales tax revenue that comes from people making purchases in the city. A portion of that money is given to the Port Arthur Economic Development Corporation that, in turn, provides incentives to lure new business to the city among other duties.

Previously the PAEDC, with voter approval, donated a percentage of its funding to the city for its streets program. The agreement has run its course and now comes the idea of the PAEDC providing $1 million per year for three years to go toward the improvement of the two city parks and the senior recreation center.

The PAEDC has an overall budget of about $4.5 million from sales tax and another $2.5 million in reserve funds.

Davis also noted the possibility of the city obtaining state or federal grant grants to stretch the funding to $10 to $12 million over the six year period.

The Port Arthur News’ joint project with Lamar University on a virtual town hall concerning the election is back on.

The event will be shared and open on the newspaper’s and university’s various Facebook and YouTube pages. Mayor Pro Tem Charlotte Moses and a representative from the city’s parks department will also be on hand to answer questions and inform viewers.

The town hall will include a professional moderator and time for the community to ask questions.

GROVES — The city of Groves celebrated its first ribbon cutting for a new business since the beginning of the... read more