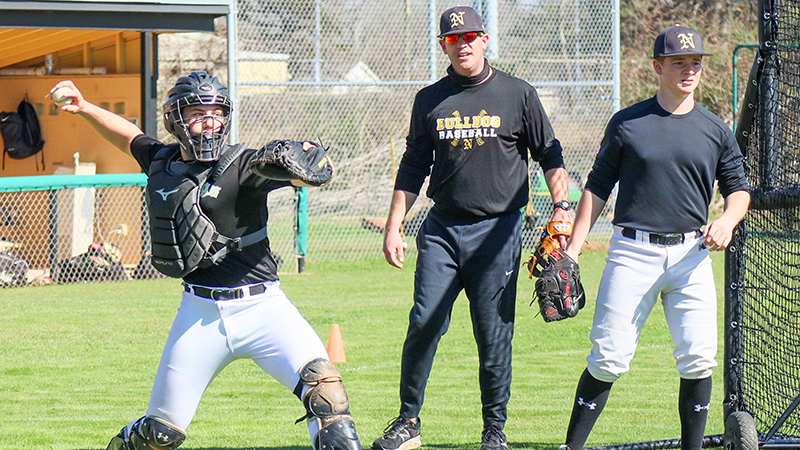 NEDERLAND — The Nederland Bulldogs are 4-1 to start off their season and the team’s stingy defense is to thank, according to head coach Bryan Spell.

“We did lose a ballgame on a throwing error, but other than that one hiccup, we have been solid,” he said. “That is surprising because we have missed some time with the weather that we have had. Our kids have done a good job throwing and catching the baseball and making teams earn every run they have gotten.”

Spell said it is common for defenses to be ahead of batting this early in the season.

“Hitting is one of the hardest things to do in sports,” he said. “Some guys make it look easy. I watched the Bost kid from Port was playing for A&M (recently) and he was 3-for-3. He made it look easy. It is a very difficult thing to do.”

Spell said his team’s athleticism plays a key factor on the defensive side of the ball.

“We have some pretty good athletes and guys that have played together in the past,” he said. “We have quite a few returners. We only graduated three seniors. A lot of the guys are back and have some familiarity with one another. We have good athletes that compete pretty well.” 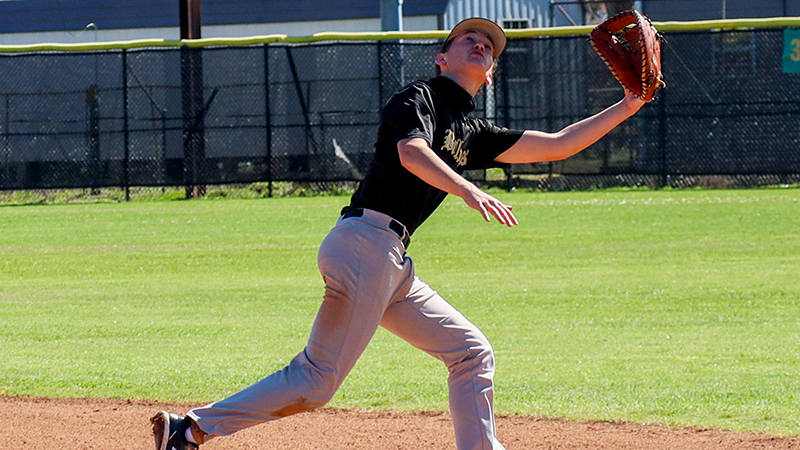 Spell also has some new faces that are competing for playing time.

That’s perfect, because Spell feels competition is the best way to keep a team sharp.

“That is one thing that bodes well for us as the season goes along,” he said. “Gage Driskell was a letterman for us last year and has played every game for us this year. As far as clutch hitting, I don’t think anyone has been more clutch than Gage. He has had quite a few. He is hitting over .600 with runners in scoring position. Hopefully he can keep that going.”

Spell said his team’s depth might be its best feature.

“We have quite a few guys that can play well,” he said. “It comes down to if you can stay together long enough for us to figure out who fits where and in what role. When roles do change, can you stay together and continue to work?”

The Bulldogs play in a Barbers Hill tournament this weekend.

It presents a good opportunity for growth and an opportunity to compete against other teams.

“Obviously, we have some growing to do,” Spell said. “We have to get comfortable being in those really competitive environments. Playing Bridge City was a really good test in that regard. We lost a game (Tuesday) with the rain and the weather. I think everyone with turf got to play and everyone with grass had to cancel.” 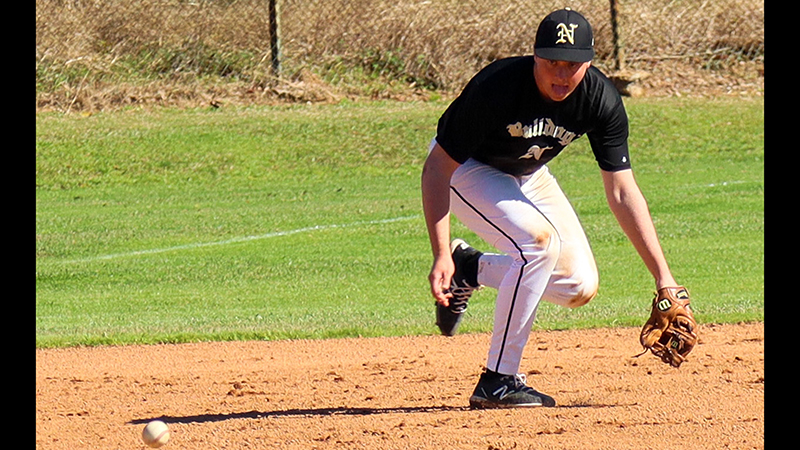 Spell still wants to see his team improve at the plate.

Stringing together quality at-bats against high-caliber pitching is a challenge.

“We have seen some very good arms, and I am sure we will see some more this weekend,” Spell said. “Hitting is hard whether you are in a rhythm or not. If we are going to have a tremendous amount of success, we are going to have to string together good at-bats against a pitcher that is really competing on the mound. That is how you win. You pitch, you get some clutch hits and play great defense. That is our formula. We haven’t had it all figured yet.”