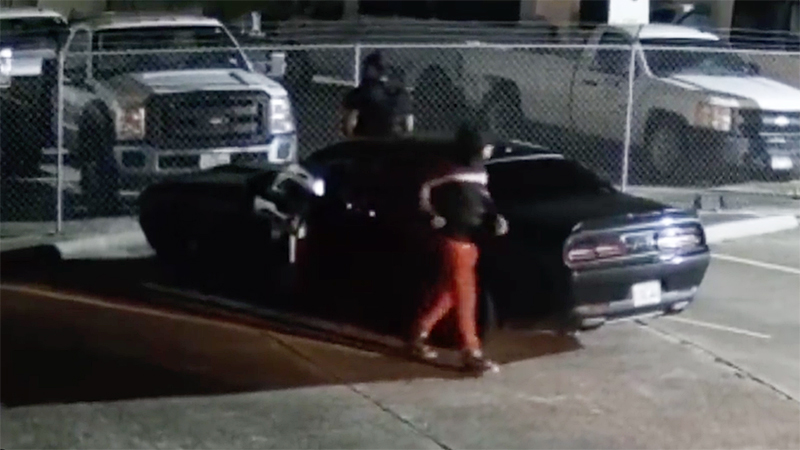 A screenshot of video released by Port Arthur Police of thefts that took place Feb. 10 in the city.

The Port Arthur Police Department is asking for help identifying two people who burglarized a local business three weeks ago.

Police say the two men in the video stole catalytic converters from the location before fleeing the scene in a dark, newer model Dodge Challenger.

“We need the public’s help identifying the two males in this security video,” a PAPD statement said. “We understand that the video is of poor quality.”

The video can be viewed at https://fb.watch/3_4XqjEHLm/

Crime Stoppers won’t ask your name and you may be eligible for a cash reward.

Submit an anonymous tip to Crime Stoppers by downloading the P3 Tips app on a smartphone.

See how Port Arthur is expanding efforts to distribute…