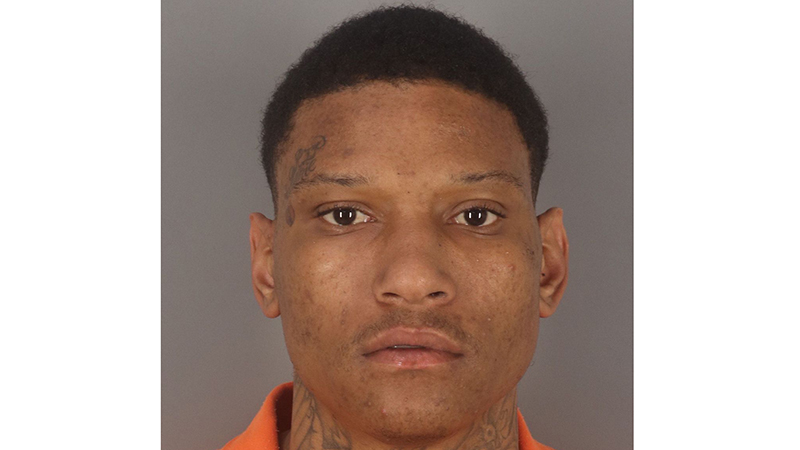 A pair of navy blue sweatpants, among other identifiers, helped lead law enforcement to a suspect in a series of aggravated robberies that occurred last month.

The suspect, Moses Rhine Jr., 20, of Beaumont was indicted by Jefferson County grand jury this week on four counts of aggravated robbery, including one where he and two other men reportedly used a vehicle stolen from Port Arthur.

The crime spree for which Moses was indicted began with the Jan. 12 aggravated robbery of the Express Mart No. 4 at 11755 Texas State Highway 105 in Beaumont.

According to the probable cause affidavit, at 9:43 p.m., one person acted as the door watch while two individuals entered the store. One, later identified as Rhine, was wearing a black hoodie with a large Lisa Simpson picture on the back, navy blue sweat pants, dark colored shoes and a white mask covering his face. He was holding a semi-automatic handgun with an extended magazine.

A gunman demanded cash. Both of the individuals stole approximately $281.88 and fled the scene with the man at the door following them.

The robbery was captured on security video.

On Jan. 18, three people entered Cowboy Travel Plaza in Hamshire at approximately 11:31 p.m. The gunman in this assault was wearing what law enforcement said was the same navy blue sweat pants, black hoodie turned inside out and dark colored slide-on sandals.

The gunman, along with two other people demanded cash. The three individuals then fled the scene after obtaining approximately $2,059.

While reviewing the video, a white Honda Pilot SUV was seen driving through the parking lot minutes before the robbery occurred. A sheriff’s office detective-investigator conferred with Beaumont Criminal Investigations Division and when shown still video images, the Beaumont detective identified the gunman due to previous interactions with him, the document read.

On Jan. 19, a convenience store in Chambers County was robbed and JSCO obtained video from their robberies. It was noted the same tall male wearing navy blue pants was the gunman in this aggravated robbery, along with two other people.

Local agencies were briefed about the robberies and suspect vehicle.

On Jan. 21, BPD officers locate a suspect vehicle in the 1500 block of Elgie Street, which is the suspect’s last known address. The vehicle left the residence and offices were able to stop it after a brief pursuit.

A search warrant was obtained and conducted at the Elgin Street home, where navy blue sweat pants similar to the pants worn by the gunman in both robberies was located, as well as tobacco products, a case of Puff Plus disposable e-cigarettes matching the same type stolen from Cowboy Travel Plaza, a cardboard coin roll box similar in appearance to what was taken from underneath the counter at the Travel plaza and some Dragon Ball Z boxers that were worn by the gunman at the travel plaza robbery.

5 sentenced to jail time for roles in Port…