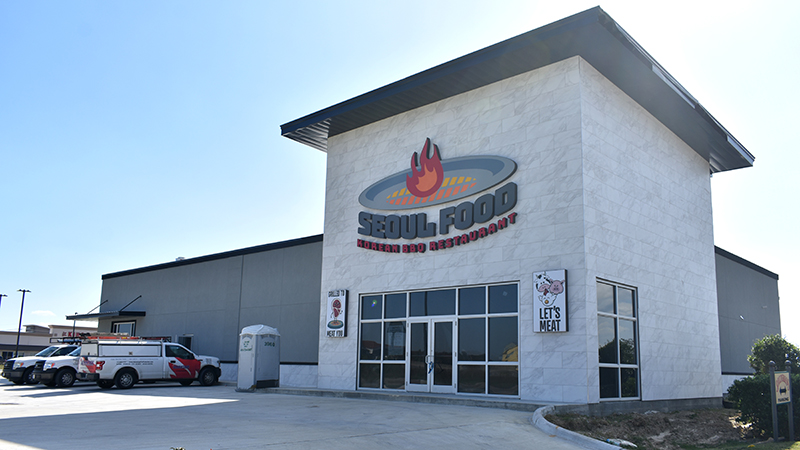 Seoul Food Korean BBQ Restaurant is looking to hire as many as 80 people to run the eatery, owner Tony Nguyen said.

The restaurant is also hiring managers.

Nguyen, who also owns Reel Cajun Seafood Restaurant and Bar, said he is not bringing over any positions from the other restaurant, because he wants Seoul Food to have its own feel.

“It’s going to have its own staff because it is two different concepts,” he said.

Those looking to apply can do so by going to the restaurant between 11 a.m. and 5 p.m. or by submitting applications to seoulfoodpa@gmail.com.

Nguyen said the restaurant is spending the week taking applications.

“We have to get the applicants in so that we can set up training dates and stuff like that,” Nguyen said. “It just depends on how training goes and whatnot.”

Nguyen said he is reluctant to set a date or timeframe for the restaurant’s opening.

“I would hate to put a date out because I’ve set so many dates,” he said. “With the pandemic, the hurricanes and now the freeze, it has been crazy. That is why I have been withholding information. I would hate to mislead people.”

The Korean BBQ spot was originally set to open in November, but the hurricane and pandemic delayed progress.

Nguyen said the eatery did not suffer any major setbacks from last week’s freeze and added it regained water pressure a few days ago.

“Now we have to go back and make sure everything is working correctly,” he said.

The establishment is located off U.S. 69 next Saltgrass Steak House.

The Korean BBQ joint is set to be the first of its kind within a 100-mile radius. The next closet is located in Houston.

Korean barbecue refers to the popular method of grilling meat, usually beef, pork or chicken, on a personal gas or charcoal grill built into the dining table.

Nguyen previously told Port Arthur Newsmedia he is hoping the inside atmosphere provides an energetic, fun place for people to hang out, eat and have a good time.