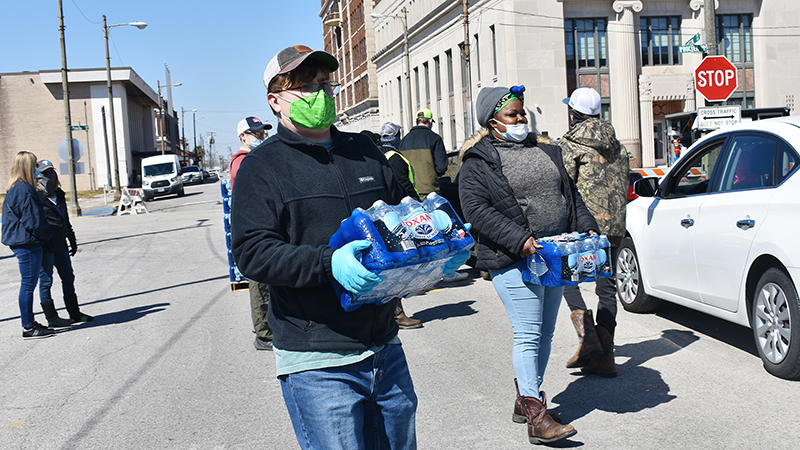 Hundreds of vehicles lined up in downtown Port Arthur Friday for a chance to receive a case of bottled water courtesy of Motiva Enterprises. 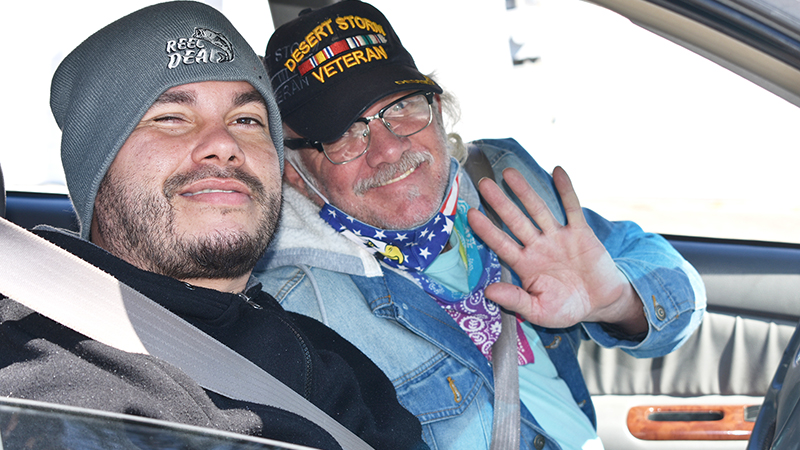 Benjamin Cooper, left, and his father Larry wait in line to receive a case of bottled water courtesy of Motiva Enterprises on Friday. (Mary Meaux/The News)

Veronica Young was one of the many in line having arrived at 10 a.m. for the noon distribution, she said.

“It’s been rough. I’ve used snow in buckets to flush the toilet and collected rain water from the gutter to flush with,” the Port Arthur woman said while waiting.
Young had just a few bottles of water saved at her home before the winter storm and is currently without water.

“I’m trying to survive like everyone else,” she said.

Benjamin Cooper, who was with his father Larry, said making do in the current situation is difficult but they have adapted. Working together is one way to make it through all of this.

The pavilion on Procter Street was the hub for the distribution with cases stacked in several locations and volunteers from Motiva, Boy Scout Troop 23 of Orange and city employees on site to help.

LeBlanc said Motiva is known for community service and this project is a worthy cause that is needed considering the number of people waiting to receive the case of water.

The giveaway was part of Motiva’s desire to ensure the health and safety of the community during the ongoing pandemic.

Motiva employee James Broussard, who is also leader of Boy Scout Troop 23 of Orange, said he was asked if he wanted to volunteer and in turn asked if his Troop could serve.

The answer was an easy yes.

Scouts Adrian Tripp, Skylar Stout, David Milligan, Ian Broussard and Cole Watson, along with other volunteers, loaded the cases of water into the vehicles in a drive-thru type distribution.

“It’s a sense of desperation right now, and people don’t really know what to do,” said James Broussard of the residents’ lack of water. 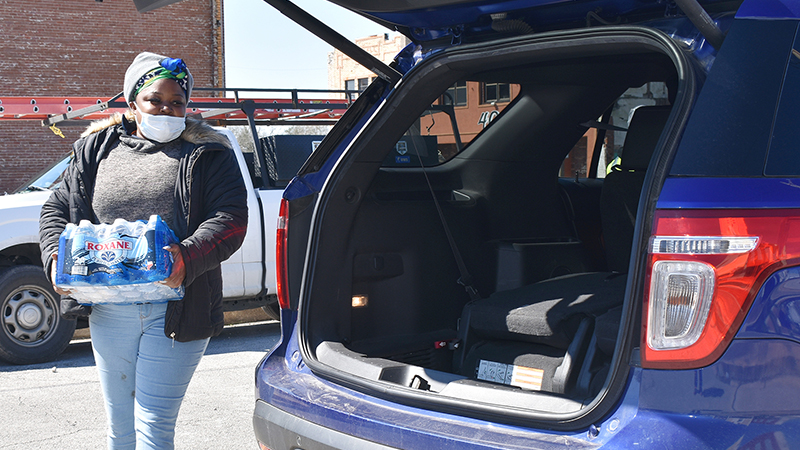 City of Port Arthur employee Courtney LeBlanc loads a case of water into a car during a giveaway sponsored by Motiva on Friday. (Mary Meaux/The News) 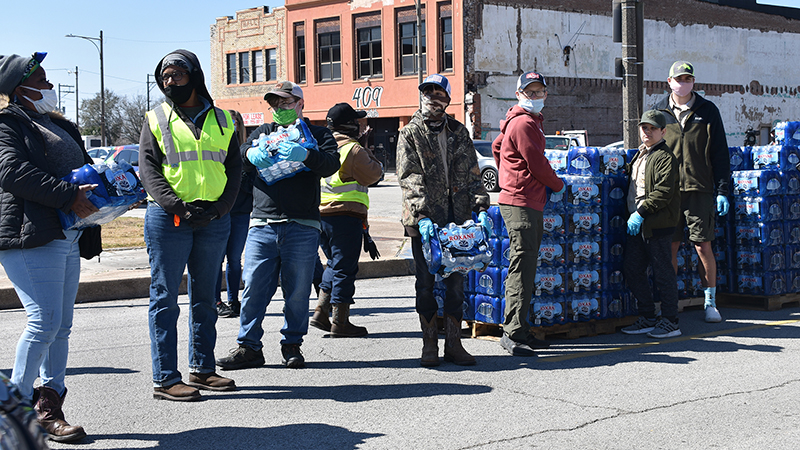 Volunteers wait for vehicles to approach so they can load a case of water. (Mary Meaux/The News) 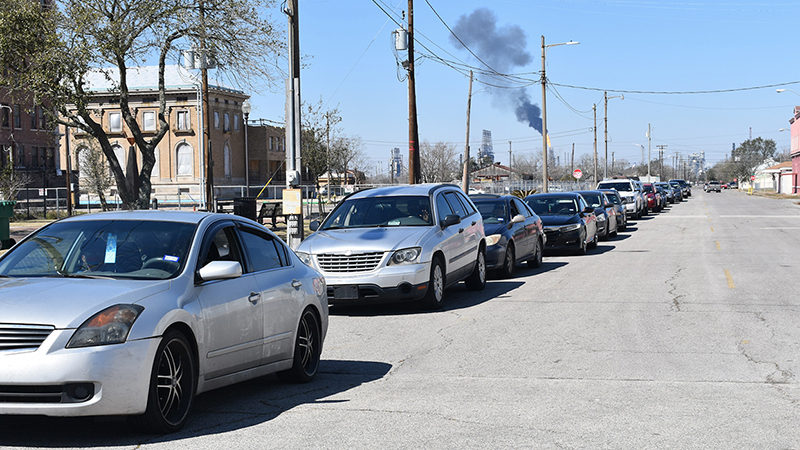 A small portion of the line to receive bottled water. (Mary Meaux/The News)