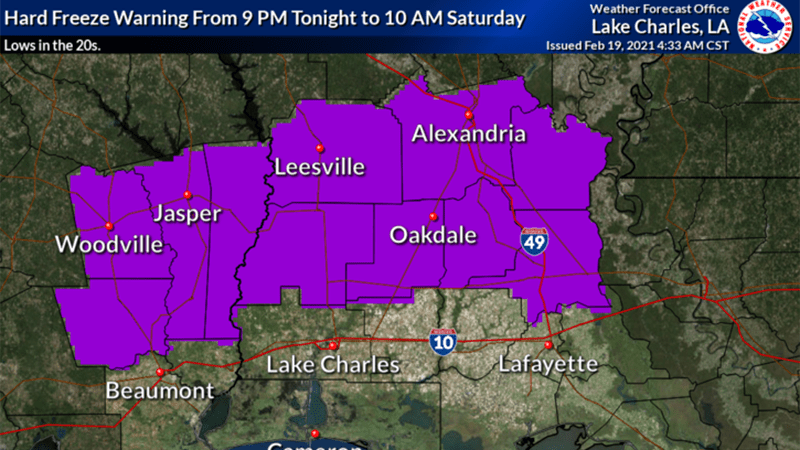 Tonight will be the final night for widespread subfreezing temperatures, according to the National Weather Service.

A Hard Freeze Warning will be in effect again for Friday night for counties and parishes north of the I-10 corridor.

Meteorologist-in-Charge Andy Patrick said temperatures in the warning area will likely reach the freezing mark during the evening hours.

Temperatures will climb above freezing around mid-morning on Saturday.

Further south, mostly likely in Port Arthur and Mid-County, temperatures will fall into the upper 20s to lower 30s.

Temperatures over these areas are expected to reach the freezing mark around midnight and will climb above freezing shortly after sunrise.

A warming trend is forecasted, beginning Saturday with temperatures returning to near normal by early next week. 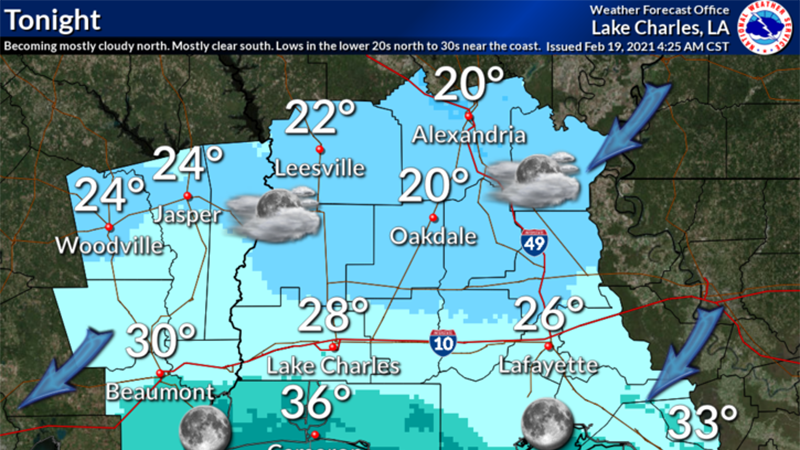