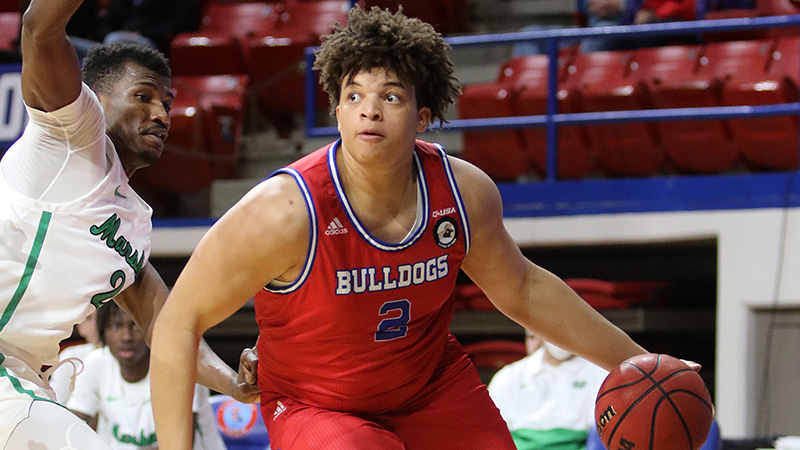 RUSTON – Kenneth Lofton Jr.’s stellar play on the hardwood continues to be rewarded as the Louisiana Tech forward was voted the Conference USA Freshman of the Week in an announcement made by the league office this week.

This marks the fourth straight week Lofton has garnered this honor, becoming just the fourth player in C-USA history to do so. It also brought his season total to seven, tied for the fifth most in league history.

The big man had one of his most compete performances in game one, scoring a career-high 21 points (including 13 of the team’s final 17 points). He shot 8-of-15 from the field while also tacking on a game-high 12 rebounds for his sixth double-double of the year.

In game two, Lofton did a little bit of everything with 13 points, team-high seven boards, three assists, two blocks and two steals.

He ranks in the top five in the country among freshmen in two statistical categories – double-doubles and total rebounds.

Over the last nine games, the freshman is averaging 13.8 points and 9.4 rebounds per game.

The Bulldogs return to action this weekend for a two-game series at Middle Tennessee. Game one takes place Friday at 6 p.m.