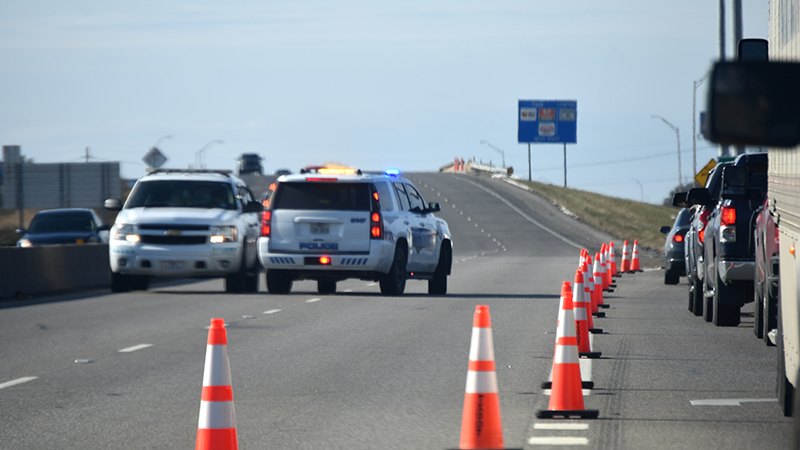 Traffic was diverted from Memorial Boulevard to the FM 365 exit as officers worked a fatal crash on Thursday. (Mary Meaux/The News)

One person is dead and another was sent to a hospital following a two-vehicle traffic crash near the 9000 block of Memorial Boulevard on Thursday. 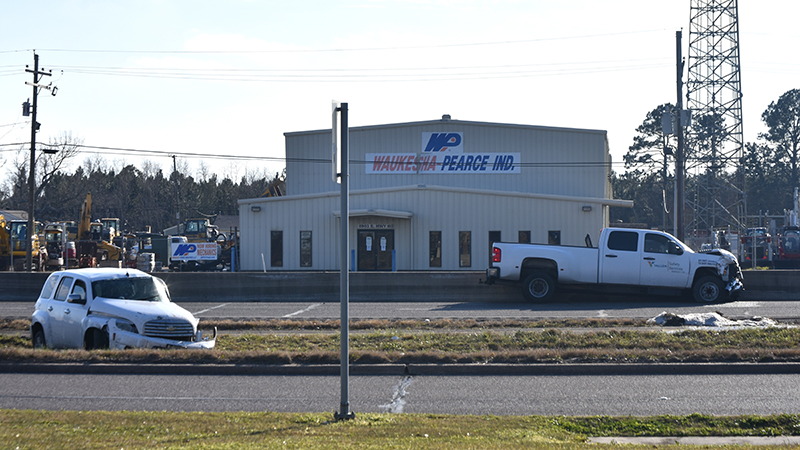 A two-vehicle crash left one person dead and sent another person to a hospital on Thursday following a crash near the 9000 block of Memorial Boulevard. (Mary Meaux/The News)

The name of the deceased is not being released pending notification of next of kin, authorities said.

Traffic was backed up for blocks along northbound Memorial Boulevard as PAPD officers diverted traffic to the feeder road.

In one area motorists exited in the wrong direction onto the feeder road near the 7600 block of Memorial Boulevard.

The Advanced Accident Investigation Team and detectives with PAPD were called to the scene, Duriso said.

On arrival, officers discovered a female driver was deceased as a result of her injuries. A passenger in the same vehicle with the victim was injured, as well, and taken to a local hospital, where she is listed in stable condition.

Justice of the Peace Marc DeRouen arrived on scene and ordered an autopsy. 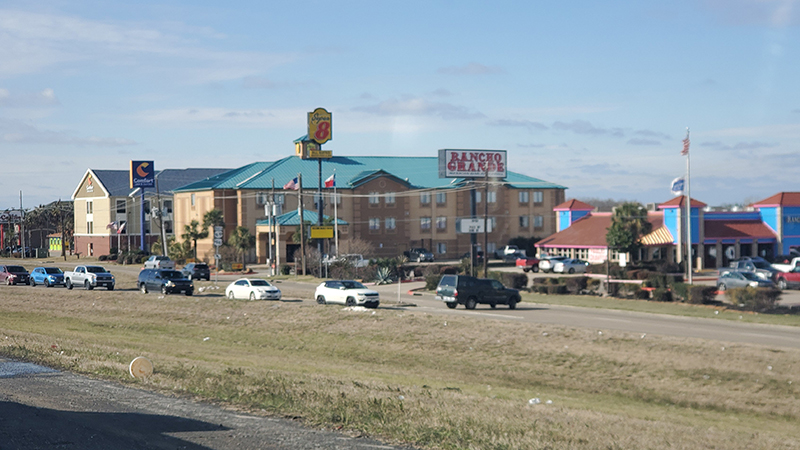 Northbound motorists exit in the wrong direction into the feeder road near the 7600 block of Memorial Boulevard to avoid stalled traffic due to a fatal crash on Thursday. (Mary Meaux/The News)

At approximately 3:30 p.m. Thursday, Texas Department of Public Safety troopers responded to a single-vehicle crash on Interstate-10 in Jefferson County near mile marker 845 and involved a commercial motor vehicle.

The initial crash investigation indicates an 18-wheeler was traveling eastbound on IH-10. For an unknown reason, the vehicle traveled off the road and rolled onto its side. There were no reported injuries.

At this time, the outside traffic lane is closed. However, wrecker crews will need to shutdown all eastbound traffic lanes for approximately an hour to safely remove the 18-wheeler.

Motorists are urged to use caution while traveling in the area and stay alert for stopped or slow moving traffic.