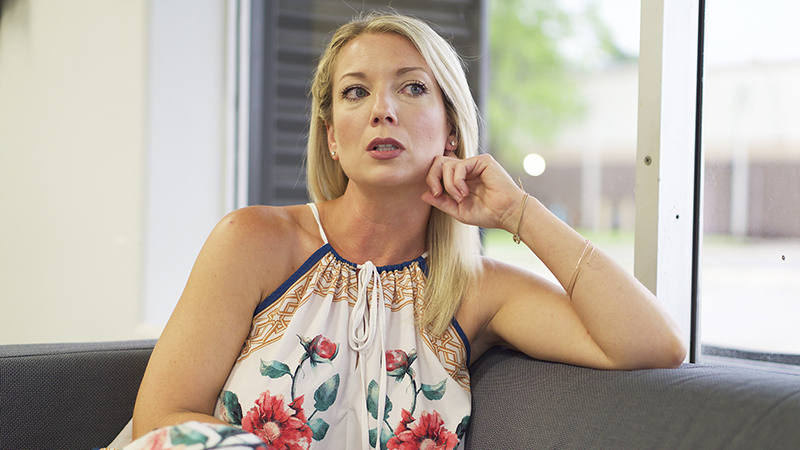 Jaclyn Vice, owner of Polished Image salon in Port Neches, expresses her views back in April of 2020 on the service industry not being included in Texas Gov. Greg Abbott’s Phase I plan to reopen the economy. (Cassandra Jenkins/The News)

“If this is just two days of a freeze, we can handle it,” she said Wednesday afternoon. “Even if it runs all week, we’re still OK. It’s just a matter of getting my girls back to work and making sure everybody can get there safely. I think we can handle anything at this point. After last year, you can’t go into this with a pessimistic attitude. We’re going to make the best of whatever this year throws at us.”

Vice, the owner of Polished Image salon in Port Neches, has been closed this week due to the impacts of Monday’s historic freeze.

The Port Neches resident has been fortunate not to lose power at home or at her business but is dealing with a lack of needed water pressure at both locations.

“As a small business owner, if I learned anything last summer it was to always preplan financially for any sort of unforeseen circumstance,” she said. “While being closed definitely hurts all of our small businesses, I like to plan for an emergency.”

It’s a can-do attitude that is certainly needed by residents and business operators trying to navigate this winter burst in Port Neches. 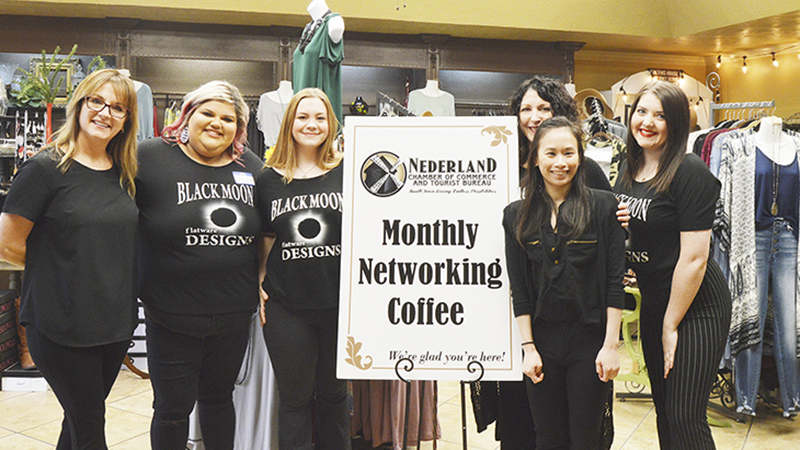 Ice on the street is largely melted, and a projected break in the rain should create safe conditions for staff and clients to return.

Jeane, who also lives in Port Neches, dealt with the loss of power and water pressure this week, but is not discouraged.

She attributes that strength to navigating through a pandemic, shutdown order and two hurricanes in the last 10 months.

“I feel a little more at ease in handling a drastic situation,” she said. “I’ve tried to make sure my finances are in a very good spot. We’re in uncharted waters right now. I just try to be prepared for rainy days. We have had to close a lot. Before, I would be very much panicking. I guess (these past experiences have) put me in a strong place because things do change.

“It has showed me to make sure my spending is in my business and not to spend beyond your means. Put your money in the most important places at this time.”

City manager André Wimer said he is hoping Entergy is situated as such that any additional rolling blackouts are eliminated.

“In my opinion the communication from Entergy to the cities has not been particularly effective or timely,” he said. “We will be having further conversations to that effect.”

“Because of that water loss, we began to experience decreased system pressure,” Wimer said Wednesday morning. “At this point, we’ve had about 150 requests to cut off water to homes. Other residents have been able to turn their own water off to allow for repair to broken lines.”

Port Neches refilled the city’s ground storage, which is approximately 2.2 million gallons in order to build capacity. On Wednesday, the city was at the point of pushing water into the distribution system at about 3,000 gallons per minute.

Concurrently, Port Neches is working to refill the city’s water towers, one of which near Ridgewood Elementary continues to be out of service after being scheduled this week for testing following repair.

A boil water advisory has been in place since Tuesday, and city officials hope to run a water system sampling sometime between Thursday or very early Saturday.

“Once those samples are processed, we anticipate the samples will be good, then we would be able to lift the boil water notice,” Wimer said.

“There is no longer a need to drip faucets. If a customer does become aware of a water line break within their plumbing and are unable to turn off the water, they can certainly call the city and our personnel will do that.”

City staffers are running water meter routes this week, with capacity to track usage on an hourly basis. Once through running a route, staff members will download data and see if any customers have an unusually high amount of consumption.

“If they have not already made contact with the city, we will notify those customers and attempt to determine if they have an ongoing leak at their residence,” Wimer said.