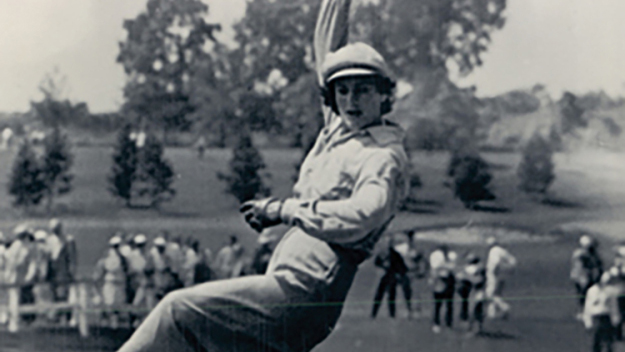 It’s been over a month since W.L. Pate received the Presidential Medal of Freedom on Babe Zaharias’ behalf at the White House, and the accolades and tributes continue to roll in.

Most notable was a “significant” donation toward the refurbishing of the Babe Zaharias Museum in Beaumont from the Astros Golf Foundation. The donation was funneled through Lamar ex Giles Kibbe, the Astros General Counsel who attended the White House ceremonies after being a major player in helping make the Zaharias Medal of Freedom become reality.

Kibbe, for those who may have missed it, reached out to a friend who worked in the White House with a Port Arthur News column from Dec. 9 imploring then President Trump to honor Zaharias. The friend got the column into the hands of someone in Trump’s inner circle and within days the award was a done deal.

There was also a terrific photo spread in the latest issue of Greater Port Arthur The Magazine. Babe fans who have not seen the issue would do well to pick up a copy for a keepsake. PA News publisher Stephen Hemelt did an excellent job of packaging photos from White House ceremonies, as well as some vintage shots from Port Arthuran Bart Bragg.

Included is a 1950s photo of Zaharias signed by Bob Hope. Hope wrote: “I watched this swing many times when I was playing with The Babe and I was happy to pay for it. She was the greatest.” There is also a shot of Babe’s brothers — Arthur and Louis —, a shot of Trump, Gary Player and Annika Sorenstam looking on during the medal presentation and a shot of Pate displaying the medal at the Zaharias museum.

The photo layout is something anyone proud of Zaharias and what she meant to Southeast Texas should have to show off to relatives and visitors. And the refurbished Zaharias museum is something that is worth a trip to Beaumont to see.

CHIP SHOTS: For obvious reasons there is a shortage of results in this portion of the column. Below freezing temperatures, with a layer of snow and ice, shut down area golf courses for several days.

PN-G ex Andrew Landry, playing in relatively toasty mid 50s weather in Northern California, missed the cut in the Pebble Beach Pro-Am with rounds of 72 at Spyglass Hill and 76 at Pebble Beach. It was Landry’s second missed cut in four 2021 starts. He is playing in this week’s Genesis Invitational at Riviera Country Club in Los Angeles . . .

Nederland placed fifth with a 398 in last week’s Anahuac Invitational at Chambers County Golf Club. Jacob Kotur was the Bulldogs low man with a 91. Other Nederland scores were a 99 by A.J. Ambrose, a 101 by Charles Morgan and 107s by Braeden Caywood and Tyler Lawrence.

LC-M’s Jack Burke, playing as an individual, took medalist honors with a two-under 70. It was Burke’s third win of the school year. He’d earlier won the Jasper Invitational at Rayburn Country and the Vidor Invitational at The Country Club of Texas, both with two-under 70s.

Burke also placed 14th out of 92 players in the Aggie Cup played at Traditions and Miramont in the College Station area with rounds of 72-79. Burke, his LC-M team and PN-G are playing in this weekend’s Regional Preview at Raven Nest in Huntsville.

Golf news should be e-mailed Bob West at rdwest@usa.net.