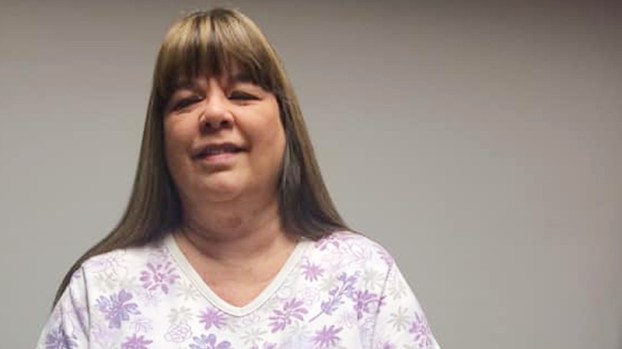 Rhonda Roberts is seen in December of 2020. (Jeree Powell/The News)

STEPHEN HEMELT — The News, our community loses a great contributor with Rhonda Roberts

Our community and all of Southeast Texas lost a rock in the world of journalism with the passing of Rhonda Roberts on Wednesday afternoon.

Rhonda most recently served Port Arthur Newsmedia as the graphic designer, but that doesn’t begin to explain her impact on the community around her.

She was a hero, and there simply is no other word to better describe her.

I say this because Rhonda began at the Port Arthur News almost 43 years ago on March 20, 1978, as a junior member of our composing department.

Back then she was part of a team who used an exacto knife and glue to painstakingly set each page of the newspaper for proof and print.

For many years she was personally responsible for crafting the popular Market Basket newspaper ads that explained each sale item in detail.

The industry evolved dramatically during her four decades of service, and Rhonda rose to the challenge each time.

She was on the frontlines of technology throughout the 1980s and 1990s as computers gained prominence in the industry to now dominate advertising and page design.

As a self-taught composing and graphics team member, Rhonda was just as effective in 2021 as she was in 1978.

She moved with the newspaper each time, starting at the Downtown Port Arthur location, then heading to Turtle Creek before moving to our current location on Memorial Boulevard.

I was only lucky enough to meet her for the first time in the summer of 2019 when joining the team in Port Arthur.

She actually sat closest to me in the office, so therefore, was who I interacted with most on a casual basis.

She was a relentless worker who never took a sick day, rarely took a vacation day and was as reliable as anyone I knew.

Her sense of humor was my favorite part of our banter, as she was the queen of inappropriate “that’s what she said” humor forever matched by my 12-year-old boy trapped in a 40-year-old’s sensibilities.

We used to say she wasn’t allowed to make jokes until Friday afternoon to avoid embarrassing any would-be visitors.

The truth is Rhonda was as dedicated to serving this community as any first responder or politician.

It was Rhonda, former editor I.C. Murrell and myself who were thankfully granted location and Internet access at the Nederland Emergency Operations Center during the aftermath to Hurricane Laura to publish the Port Arthur News when much of the region lacked power.

It was Rhonda who consistently displayed steadfast strength throughout the coronavirus pandemic by coming to work each day in an effort to deliver local residents the latest news about their hometowns.

So it was surprising when she ducked her head into my office one Friday afternoon on Jan. 15. She told me she didn’t feel well and wanted to go home early. She never spoke like that, so she must have been feeling quite bad. Of course the answer was yes.

She was rushed to the hospital the following Sunday, our community’s latest victim of COVID-19.

Despite battling a disease exacting extreme pain on her and ravishing her ability to breath, she actually tried to call me Tuesday morning from her hospital bed. She knew it would be our hardest day to function without her.

She couldn’t speak though, and longtime coworker Jeree Powell and I told her we were going to be OK, and she needed to focus on her recovery.

Only, she never recovered. We lost her this week, another victim of the pandemic.

She was loyal to the people and places she loved, a rock solid friend and community stalwart that worked for more than four decades helping those in and around Port Arthur better understand the community.

She is the longest serving composing employee in the 124-year history of this media company. Her records of commitment and impact are unmatched.

She will never be replaced, but she will forever be missed.

Low Fat! Fat Free! No Fat! All of these labels can be quite confusing. All we hear and read is... read more