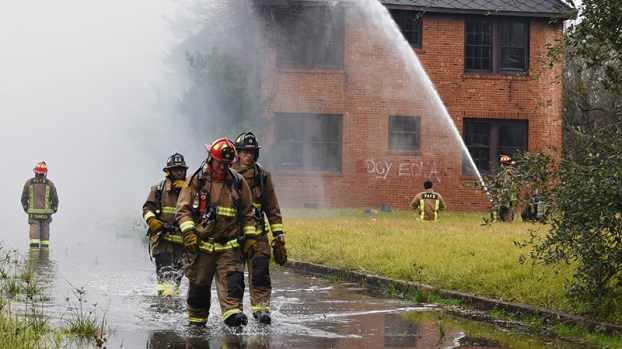 Edward Williams, lead consultant with Baker Tilley on the project to find a new fire chief for Port Arthur, recalled some words given to him by the city manager.

Williams said they have been talking to the city for approximately two months and originally the firm was going to search for a fire chief and a director of water utilities. Later this was separated with different parameters.

Port Arthur had started the search on its own before reaching out to Baker Tilley and received a number of applicants, some from within the fire department, others from elsewhere in the state and some from other areas of the U.S., city manager Ron Burton said.

All of those applications were handed to Baker Tilley.

Williams said is not unusual for a city to start the search then hand it over as this is a way at cost savings.

The cost for Baker Tilley’s services — to vet the applications, background search etc. comes in at $14,000, according to Burton.

But there is no definitive timeline for the process, Williams said, because first they must finalize an agreement with the city and once that is signed they can continue the process.

Afterward, Baker Tilley and the city will evaluate and expand the scope of search and likely begin making contact with individuals who have already applied.

“A typical police or fire search can take anywhere from 90 to 120 days, typical from beginning to end,” Williams said.

Additional time is added to the timeline once the process is completed if they are ready to extend an offer. Ideally, the individual is already working and will likely need to give his or her place of employment a two-week to one-month notice.

But, at the end of the day there are two perspectives: management which is about managing a project not people, and leadership, such as what attributes do you aspire to and will you bring unity to the group or be part of the unity.

The city is looking for a new fire chief to replace recently retired Larry Richard, who served a chief since 2004 and spent his 39-year career with the Port Arthur Fire Department.

A motorcyclist reportedly led several police agencies on a pursuit from Bridge City to Port Arthur and Groves and back... read more