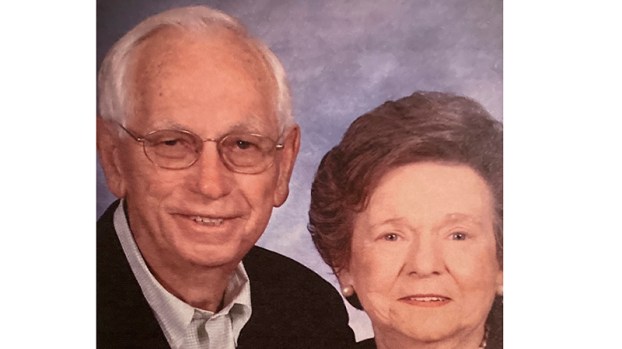 Lee Townsend, age 88, resident of Madison, Mississippi, passed away on February 8, 2021, with his loving family present.

Lee was married for 68 years to his loving wife, Gene Elizabeth (Wiggins) of Carthage , Ms . Lee was a father to one daughter Julie (Robert) Whisenant, sons Mark (Lora) and David (Sherry) Townsend. He was the proud grandfather of one granddaughter LeAnn Guess and two grandsons Donnie {Jill) and Derrick {Shelby) Townsend. Mr. Townsend is great grandfather to four beautiful youngsters Phoenix, Adelynn, Joey and Remington Townsend.

Mr. Townsend retired from Texaco-Star Enterprise in 1993 after a distinguished 36 year career.

Lee began his career as an assistant engineer at the Texaco Port Arthur plant after graduating from Carthage High School and Mississippi State College.

He served as Plant Manager in Lawrenceville in 1977 prior to returning to Port Arthur as Area Manager at the Port Arthur Plant in 1984 till retirement in 1993.

Mr. Townsend was an active community leader serving on numerous boards and committees.

He is preceded in death by his parents Roy Chester and mother Ruby {Creel) Wiggins and three sisters Polly Perry, Shirley Moore and Ann Douglas.

Visitation and services will be held at Parkway Hills Methodist Church (1468 Highland Colony Parkway, Madison, MS). Saturday, February 13, 2021 at 10:00 AM.

The burial ceremony will be at Carthage City Cemetery in Carthage, MS. {An hour drive) following the church service.

For those who may not remember, Mr. Townsend, and two others were sent to Texaco Port Arthur Refinery to shut it down in the early 1980’s.

Because Mr. James Kinnear, CEO of Texaco U.S.A. and Mr. Townsend could see the possibilities of this facility, Lee was able to stream it down and keep it going.

Although some people lost their jobs, many, many more were saved.

Port Arthur will be forever grateful for this facility being saved for all these years.

Margurite Louise Holder, 91, of Port Arthur, Texas passed away February 5, 2021. She was born in Colmesneil, Texas on... read more