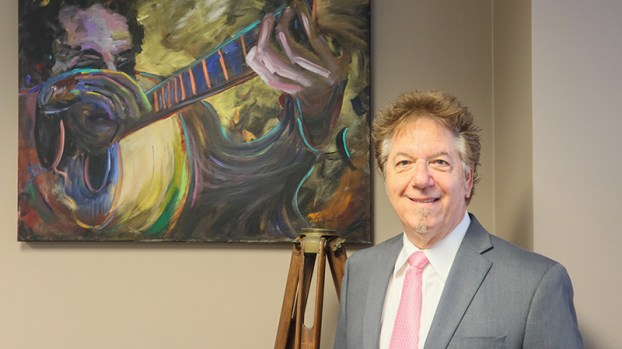 One of Ron Arceneaux's passions is music, as he is a guitar player.

COVID-19 precautions may have led to changes for the Greater Port Arthur Chamber of Commerce’s 121st Annual Banquet but the event itself went off as planned.

There was plenty more to the event than how the proceedings flowed.

“The big takeaway was there was so much information given to the membership to what accomplishments were made last year and, hopefully with our vision, to what will happen this year,” Arceneaux said. “I think we can build membership and the growth of those businesses.”

Pat Avery, president and CEO of the Chamber, received positive feedback from virtual attendees. Regina Rogers of the Julie Roger Gift of Life, offered Avery congratulations  via text saying the event was a success because of Avery’s years of leadership. 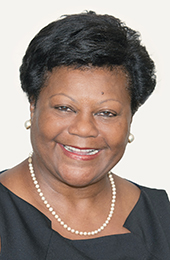 Verna Rutherford, who once held the president and CEO title, as well as communications manager for Motiva Port Arthur Refinery, along with her husband said Avery did an amazing job.

Anya McGinnis with Port Arthur LNG/Sempra said the event was a great tribute to all that was accomplished in a very difficult 2020.

Friday marked Arceneaux’s second day as chairperson and he was trying to get his head wrapped around everything, including putting special committee assignments together.

“We are also trying to make sure we’re prepped for Golden Triangle Days,” he said. “Our chamber board has put together a very comprehensive list of legislative issues to be considered during the 87th Legislative Session.”

Arceneaux listed off others to helped with the list: Pat Avery, Tonya Moses, John Johnson and Stuart Salter.

Golden Triangle Days in Austin provides an opportunity to socialize and build business relationships with others from Southeast Texas, as well as with state officials.

Meetings with state agency department heads and other officials provide a forum for the local delegation to provide information and requests to those in Austin, asking for support or assistance.

Arceneaux said even though this year’s event may be different, it may allow more opportunities and a more compressive way for local delegates to interact with law makers.

“But, like I told the others, there’s no substitute for face-to-face,” he said.

Golden Triangle Days is March 9. For more information on the event, go to gtdaustin.com

Further down the road is the annual Industrial Show, which is tentatively scheduled for March 31 at the Robert A. “Bob” Bowers Civic Center.

Arceneaux said the event is a great opportunity for local businesses to be involved and let the community see what types of work and services are provided. It is also way for people to look into careers with the various businesses.

Avery is also working on a number of upcoming projects. Port Arthur LNG has donated money for the Chamber to sponsor a symposium between industry and media, something Avery looks forward to putting together.

The event would bring industry and media together to talk about their relationship and what is important to each. She said this has been on her radar for a while.

She is also working on an investment policy with Carol Hebert of BASF and Total.

Avery would also like to focus on a symposium with Lamar State College Port Arthur and the college’s Small Business Administration.

Some readers may have noticed my column’s absence for the past few weeks. I can tell you straight up —... read more