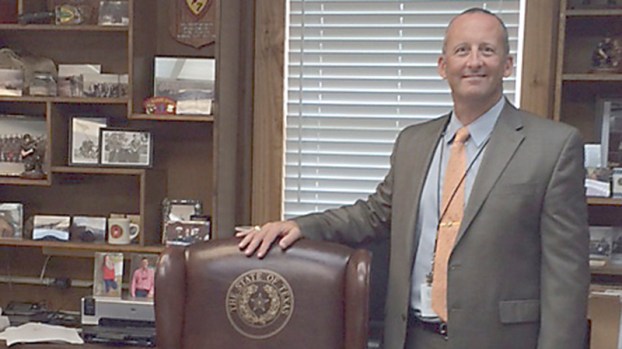 NEDERLAND — A year after announcing he would not seek another 4-year term in office, Brent Weaver announced he would be leaving the Jefferson County Commissioners Court early.

During a 2,200-word-plus social media post Monday morning, the Precinct 2 county commissioner said thoughtful consideration, prayers, talks with family and instinct tell him it’s time to retire at the end of February.

“As most of you know I had a medical issue in 2019 that hopefully is resolved with medication but will need to be monitored,” Weaver said Monday. “I recently had more tests and probably will have a few more soon — this event made Cheryl and I reflect on the important things in life. We will be coming back here often as we still have family and many friends here and will always consider this our hometown.”

Darrell Bush, former Nederland Police Chief, will serve the remainder of Weaver’s term once he leaves office. Bush told Port Arthur Newsmedia on Monday that he does not plan to run for the spot in the upcoming election.

Weaver, a 53-year-old Nederland resident, has been in the public eye since he was 18, serving his country and hometown.

Now, as a 13-year veteran of the Jefferson County Commissioners Court, Weaver announced last year he would not be seeking re-election in 2022, instead making the leap into retirement.

The next election will be the primary in March of 2022, with early voting starting less than a year from now. Some people have already shown interest in running, Weaver said.

“In my Precinct we constructed and completed 5 new bridges out of the 6 in the inventory and almost 80 miles of roadway reconstructed along with many drainage projects,” he said. “We have accomplished great things by working as a team and most importantly developing and executing a plan for road & bridge precinct 2.”

Weaver said the office belongs to the people of Jefferson County and particularly to the citizens and voters of Precinct 2; who reside in Port Neches, Nederland, Groves, LaBelle, Taylors Landing and Fannett, and neighborhoods such as but not limited to: Central Gardens, Beauxart Gardens, Forest Central, Willow Run, Highland North, as well as other unincorporated areas in Mid County.

Weaver served in the United States Marine Corp. for four years before returning home to work for the Jefferson County Sheriff’s Office as a deputy, aviation pilot, S.W.A.T. sergeant and public information officer. He also spent time on the Nederland School Board.

After leaving life on the ground, Weaver chose to swap his combat boots, bulletproof vest and handgun for polished black shoes, a suit and tie as he swore in as the Precinct 2 County Commissioner in 2008.

His wife Cheryl’s retirement from Nederland ISD solidified his decision to leave his courthouse chair empty.

After retiring, Weaver said he is looking forward to spending time with his family and becoming closer to his two children, Kade and Karlee.

“Thank you to the citizens of Precinct 2 for allowing me to serve and having confidence in my ability,” Weaver said. “We have a great staff at Precinct 2 Road & Bridge that works hard each day to ensure our roads, bridges, and drainage services are being provided in an effective, efficient, proactive and responsive manner. The end of my service with Jefferson County is not the end, but the beginning of what life has to offer. A new chapter will begin soon along the side of my beautiful wife we are both excited for what the future holds. I look for to other opportunities to help make this a better world and to help people. I pledge to continue to carry out our mission with safety, pride, and professionalism until I leave office.”

41 years ago, Bob Hope and Kathryn Crosby were in Port Arthur at the dedication of the Bob Hope High... read more