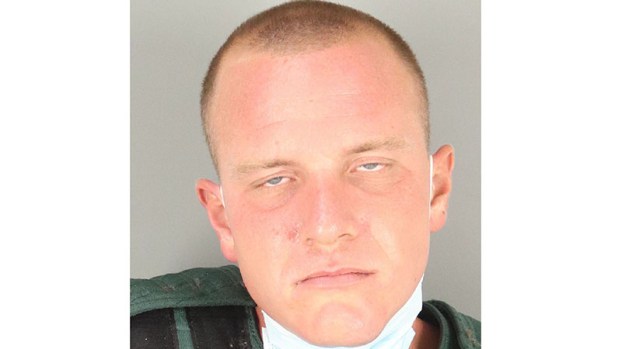 A man police say chased his 64-year-old mother with an ax then threw it at her on Sept. 10 was indicted last week for retaliation.

Christopher James Burgess, 31, of Beaumont had previously been warned about trespassing on the property in the 1700 block of Amelia, according to the probable cause affidavit. The victim told police Burgess forced his way into her fenced-in yard and began to chase her, grabbing an ax that was nearby.

He reportedly threw the ax in her direction and it stuck in a door. When he tried to pull the ax out, the head of the ax broke off, so Burgess then chased her with the wooden handle.

The document stated the man took her cell phone and continued to chase her around until approximately five male neighbors intervened.

Burgess was arrested and placed in the police vehicle, where he began kicking the inner back seat door in an attempt to free himself.

Police noted in the affidavit Burgess was previously convicted for interfering with a request for emergency assistance.

While en route to the jail he reportedly made a statement saying he was “going to shoot me and my family with a shotgun in retaliation for arresting him.”

Once inside the jail, Burgess began to walk towards the same officer in an aggressive manner while yelling before he was stopped by the officer and a second officer, the document stated.

A 53-year-old transient police say was holding items in his hands and loading a dolly at the rear of a... read more