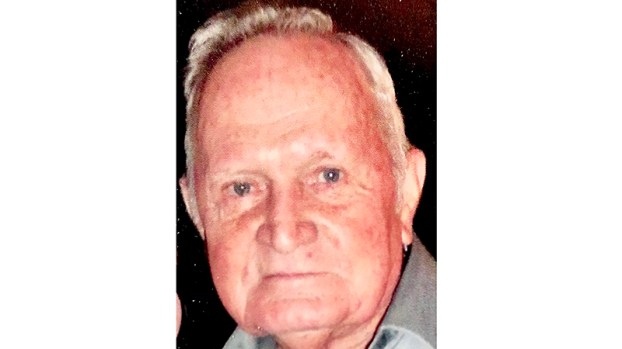 Wilton “Will” Joseph Harrington, 89, of Groves passed away on Tuesday, January 19, 2021 at his home surrounded by his loving family.
He was born on October 1, 1931 in Abbeville, Louisiana to his parents, Emmanuel Joseph Harrington and Naomi Omine Harrington.
Will graduated from Abbeville High School and attended college at Lamar University.
He served in US Marine Corp during the Korean War, where he received a purple heart. He has been a resident of the area for over 61 years.
Will retired as a painter with Painters Local Union after 50 years of service. He was a member of St. Peter Cathoilc Church and attended St. James occasionally.
He was preceded in death by his parents; his two sisters, Verna Landry and Hilda Hidalgo; his two brothers, Howard J. Harrington and Clarence “Red” Harrington; his wife of 62 years, Sadie Bruno Harrington.
Will is survived by his son, Brett Harrington and his wife, Kimberly of Nederland; his two daughters, Dawn Broussard and her husband, Allen of Seabrook, Kandice Breaux and her husband, Jody of Nederland; four grandchildren, Bobby Jones and his wife, Shannon, Bryce Breaux and his fiancée, Katelyn Provost, Olivia Harrington and her wife, Diana, Isa brie Broussard; six great grandchildren and three great-great grandchildren.
He is also survived by his sister, Thelma Nero of Abbeville, LA. along with several nieces and nephews, great nieces and nephews.
Visitation will be on Saturday, January 23, 2021 from 11:30 AM till 1:30 PM in the Thompson Memorial Chapel at Clayton Thompson Funeral Home in Groves.
Service to honor Will’s life will be at 1:30 PM Saturday at Clayton Thompson.
Entombment with Military Funeral honors will follow in Greenlawn Memorial Park.
Due to the Covid-19 crisis we are currently in, all visitors are required to wear a face mask or facial covering and practice social distancing as mandated by state and county officials.
You Might Like