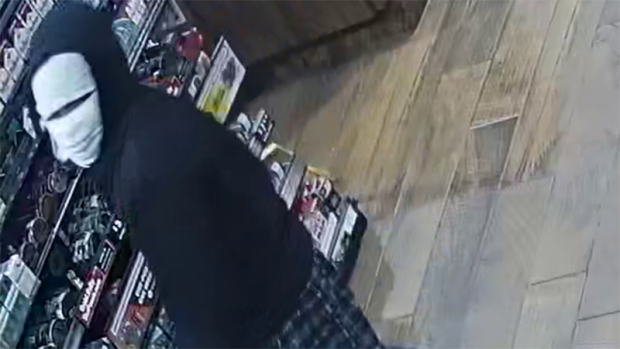 The Jefferson County Sheriff's Office released this picture from a Monday night armed robbery at Cowboy Travel Plaza in Hamshire.

What appears to be a pattern of similar armed robberies has led local law enforcement to up patrols around convenience stores and warn patrons and customers to be aware, especially at night. 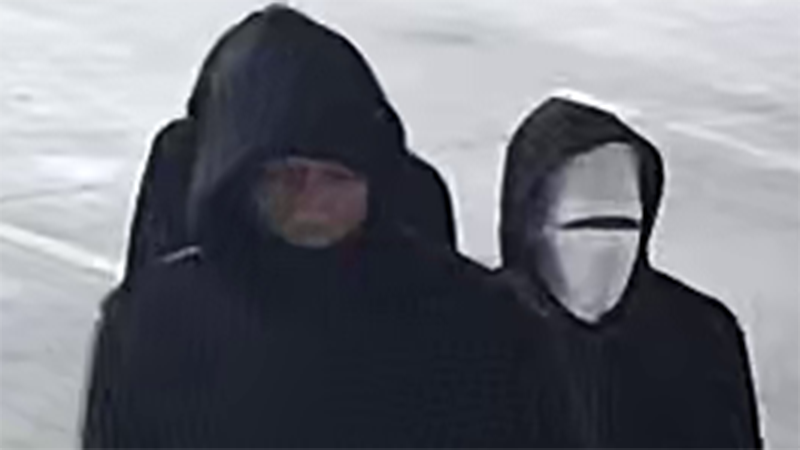 The Jefferson County Sheriff’s Office released this picture from a Monday night armed robbery at Cowboy Travel Plaza in Hamshire.

“There are similarities, not just here in Jefferson County but elsewhere, as well,” said Capt. Crystal Holmes of the Jefferson County Sheriff’s Office. “Detectives from multiple agencies are looking into the robberies.”

Law enforcement cautions residents not to automatically link all cases of three armed men robbing stores together, noting that number breakdown is historically the most common crime profile.

“We are asking the community and people that are going to these stores to be aware of your surroundings before you ever get out of your cars,” Holmes said. “But also, clerks, need to watch out. When they get busy with customers or their process inside the store, there are times when they just don’t see individuals. When they come in, they think it is another customer and before you know it, you have someone in there robbing you.

A suspect in a Monday armed robbery.

“We’re just asking them to be very vigilant. We passed the information out to all of our patrol deputies last week and asked them to make extra patrols at the convenience stores in the area since the pattern is to hit at night.”

Authorities said three subjects were involved in an aggravated robbery at Express Mart #4, 11755 Highway 105 in Bevil Oaks, on Jan. 12 at approximately 9:40 p.m.

The Sheriff’s Office released photos of the suspects to call the public’s attention to Lisa Simpson graphics on the back of a black hoodie one of the assailants was wearing.

“Perhaps someone recalls a person recently wearing that hoodie,” the Sheriff’s Office said. “Do no attempt to confront or approach. Consider all three to be armed.”

A suspect in a Monday armed robbery.

Authorities did not provide robbery details but did release photos from the scene.

“When you see a sudden pattern of multiple robberies, you tend to explore if they are linked or not,” Holmes said.

Contact Southeast Texas Crime Stoppers at (409) 833-TIPS, log onto 833TIPS.com or download the P3 app if you have information about the crimes. You will not be asked your name and could be eligible for a cash reward.

The most recent case reported by Port Arthur Police that fits the profile occurred Jan. 8 when multiple assailants with guns barged into Smoke n’ More at 3248 Gulfway Drive and demanded money, before fleeing with cash. 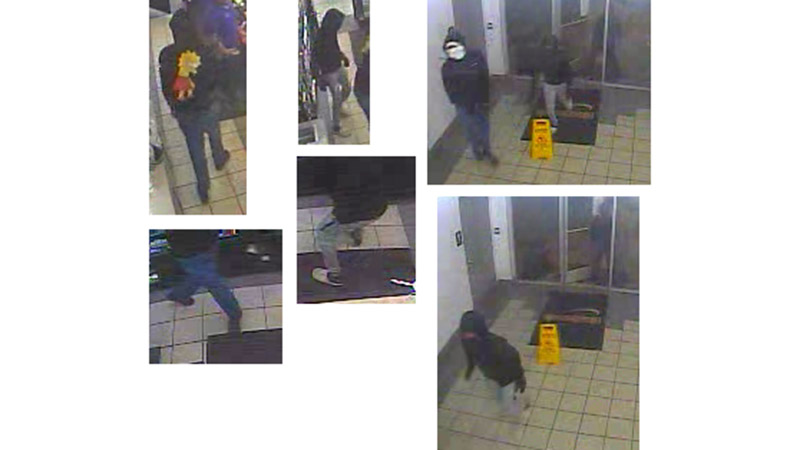 A Port Arthur string of armed robberies appears to have begun at Sunshine Groceries, 5899 W. Port Arthur Road, on the evening of Dec. 3. According to police, three men brandished handguns and demanded money from employees.

On the night of Dec. 15, multiple armed men entered Stop & Drive, 2500 Gulfway Drive, and came away with an undetermined amount of money.

A woman inside Willie’s Washateria, 2201 Gulfway Drive, was robbed at gunpoint at Dec. 19.

Police are also searching for two men who robbed a patron on gunpoint Dec. 22 at the game room located inside Truong Washateria, 648 Ninth Ave.

No injuries have been reported, and no arrests have been made public.

The Port Arthur and Beaumont Health Departments are expected to receive nearly 2,000 combined doses of the COVID-19 vaccine by... read more