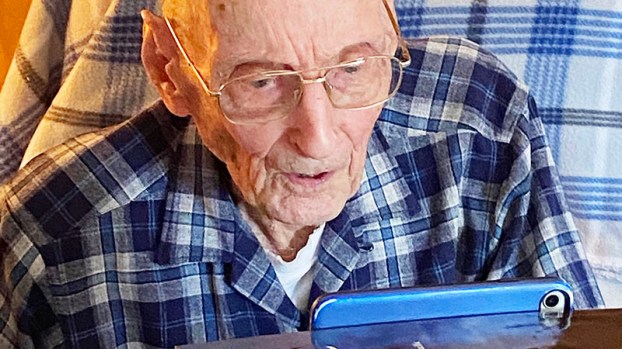 For a little more than an hour this week, Ralph E. Burch, 97, provided an oral history to the New Orleans-based museum, which also serves as the largest WWII archive in the world.

Oral Historian Hannah Dailey, who conducted this week’s interview, said these efforts have led to more than 10,000 archived oral histories.

Researchers, students and anyone interested can use the museum archive for books, background and more.

“What we do with the National World War II Museum is conduct oral histories with World War II veterans, Holocaust survivors, anyone who has a really distinctive memory of what they went through during the war so we can preserve the history,” Dailey said. “There are a million books written about World War II from many different perspectives, but each person’s own experiences are going to be unique. We want to get as many viewpoints as possible on the war.”

A large portion of the oral histories are online for public access.

Samples are used in exhibits, but when patrons walk through the exhibits, the stories heard are only going to be a few minutes long.

“But if you are interested, you can probably find that person on our online archives and listen to the whole interview, which might be more than an hour or two hours,” Dailey said, adding this week’s interview with Burch went well.

“He was wonderful,” she said. “We have switched to Zoom, which is very different from in-person interviews. I am not sure veterans really like it, but they have been quarantined, so some are looking for something new to do. I think Mr. Burch had fun. I think he enjoyed it. He had a smile on his face.”

Dailey said officials are still deciding how they will incorporate the Zoom format of Burch’s story and others like him into the oral histories.

“The families receive a DVD of the raw oral history, which is great because we don’t charge them for any part,” she said. “They receive stories they wouldn’t always necessarily talk with family members about, but the family now has them, which is nice.”

Due to COVID-19 concerns, the museum is open and maintaining strict COVID-friendly guidelines. Visitors must wear a mask and stay six feet apart. Those interested in viewing the vast catalog of achieved material can visit ww2online.org.

You can find images, oral histories and search tools to narrow down points of interests.

“Someone can search through this website and just say, ‘let me hear the story of a Marine who landed on Iwo Jima,’” Dailey said. “All you have to do is search Iwo Jima and anyone who mentioned that word in their oral history will come up. It’s a good resource.” 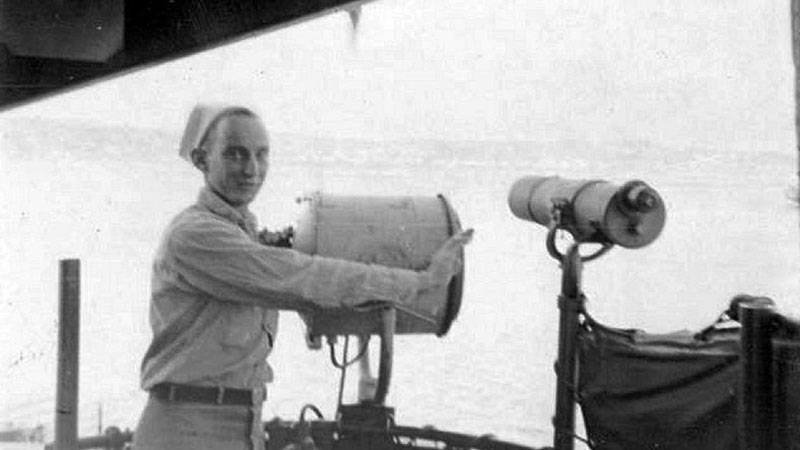 The connection between Burch and the museum came by chance recently when family friend Donna Hunter visited him at his Port Arthur home.

She noticed how animated Burch became while recounting his military service during WWII.

He also had a little bag of snapshots and letters from the 1940s, telling Hunter, “I’ve had a good life, a good family, a good career and I can’t complain. I’ve been very, very lucky.”

However, what’s still on his Bucket List — a visit to the National WWII Museum.

Hunter helped facilitate the interview after reaching out to the museum and getting connected with Dailey.

Burch’s photos were also brought to Lawrence Drago at Drago’s Copy & Print Center, who skillfully scanned, then emailed them to the museum as requested.

According to Hunter, a uniform of Burch’s has been donated to The Museum of the Gulf Coast. And, the uniform still fits. 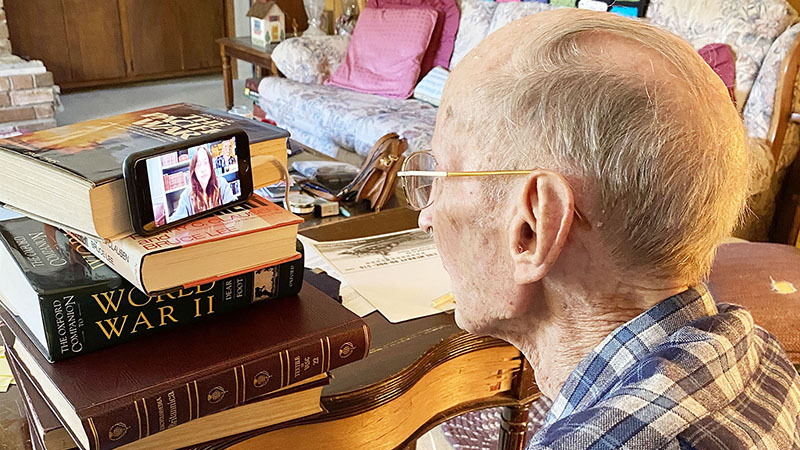 Burch was born Aug. 30, 1923, in Port Arthur, growing up in a house between Proctor Street and the canal that was so close he could watch ships go by.

He attended St. James Catholic School for the majority of his education, and completed a drafting course at Texas A&M.

He served in the U.S. Navy Reserves from 1943 to 1945 on Dutch Ship El Libertador, a semi passenger/semi cargo designed to go between ports.

He was stationed in New Guinea and off Australia. Part of their assignment came to include housing and delivering the USO show to various outposts to perform for soldiers.

His second assignment was on board USS Wake Island, where he was a signalman and facilitated the pilot tests on the Fireball – Prop-jet airplane. Pilots had to pass their test taking off/landing on board the Wake Island to get to fly.

Burch’s rank was Signalman 3rd Class and then Quartermaster 3rd class before he was honorably discharged.

In an unfortunate twist of time during his service, Burch went to the dentist and had his wisdom teeth pulled so he was in sick bay the day the war ended and “San Diego was alive with parties and the newspapers were going crazy and I couldn’t go in!” he shared in his interview.

He returned home, got a job in a local shipyard and decided to go to college — Texas A&M for two years studying engineering and then the University of Texas to study insurance and real estate.

“Then I formed my own agency,” he said. “I started an insurance business and that was my career. I couldn’t get married right then, I had to build up my income. I finally got out of debt and got married for quite a while. My wife passed away in September.

“I have had a good life. I thank God for everything.” 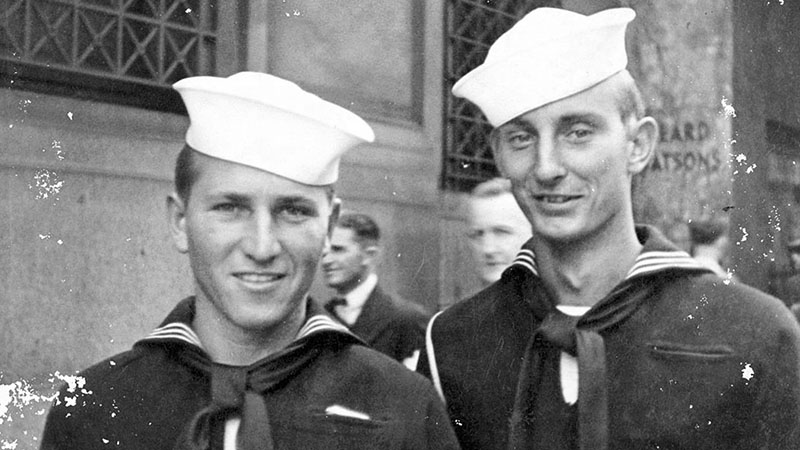 An 18-year-old Beaumont man who reportedly led a Port Neches Police Department officer on a chase back and forth through... read more