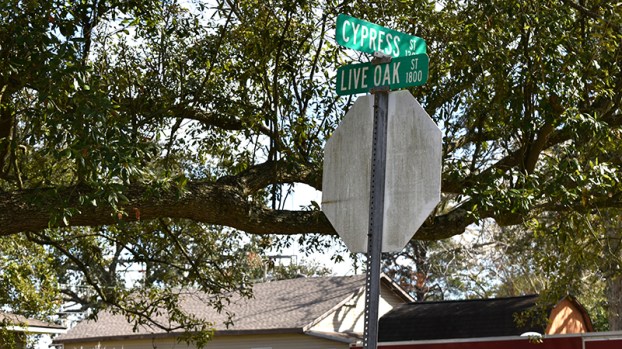 A home in the 1300 block of Cypress Street in Port Neches was the scene of a shooting on New Year’s Eve. (Mary Meaux/The News)

PORT NECHES — Neighbors near the Cypress Street home where two people were shot during a large party involving minors and alcohol say the area is normally quiet.

Weldon Smith, who has lived in his home on a nearby street for 26 years, was at home with his family for a get-together and heard the fireworks going off New Year’s Eve.

“Everybody was enjoying themselves, and I told my daughter’s boyfriend ‘that doesn’t sound like an artillery shell (fireworks),’” Smith said of what were gunshots.

He thought, hopefully, the one who is shooting is shooting into the ground — then he heard another shot and some cars as people started to leave the party on the next street. 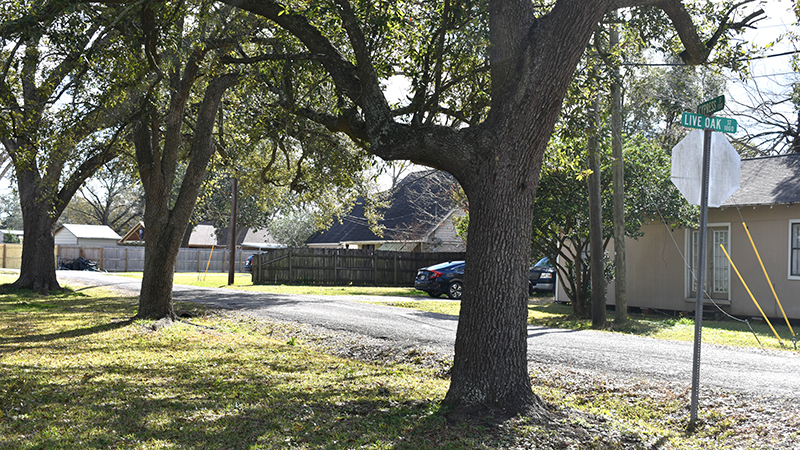 A home at the end of Cypress Street in Port Neches was the scene of a double shooting where police said underage drinking was going on during a large New Year’s Eve party. (Mary Meaux/The News)

Smith decided to stay indoors during the commotion, not wanting to catch any stray bullets, he said.

Smith lives on a dead end street and knows his neighbors. He said he never had anything like this happen before other than someone getting into his wife’s unlocked vehicle and stealing her GPS and some loose change years ago.

“This is a good neighborhood. We all look out for each other,” he said, adding that if something is odd they call the law or check in with that neighbor.

Curtis Smith, Weldon’s neighbor a few doors down, was at work when the shooting occurred but his wife was at home.

Curtis Smith was raised around guns and hunting and has taught his children gun safety. He calls the nearby shooting “pure stupidity.”

“Back in my day we would go to parties and get blitzed but we were never dumb enough to have a gun,” Curtis Smith said.

He would have been in a whole lot of trouble if his father had learned he was at a party with alcohol and there was a gun.

Neither man’s feelings about the neighborhood have changed due to the double shooting. Both feel it is still a good place to live.

“It’s pure stupidity. I don’t know all what happened but it’s a lack of common sense,” Curtis Smith said.

According to a news release from Port Neches Police, officers were called at approximately 10:50 a.m. Thursday to the area of Cypress Street and Live Oak Street in reference to a gunshot victim.

A gofundme account, “Medical Bills for Charleen,” is set-up to help the female victim, Charleen Moak and her family, with medial expenses.