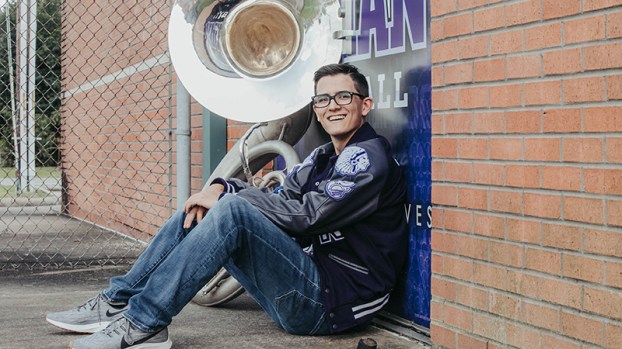 GROVES — Alex Flores already knew he wanted to go into the engineering field after graduation from high school. 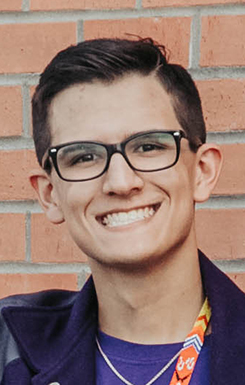 Then came the 2019 explosion at the TPC facility in Port Neches, which lead him to wonder how he could have prevented the incident. A chemical engineer would be the field to study to prevent other disasters, he thought.

And now, after graduation from Port Neches-Groves High School this year, Flores will head to Texas A&M University, where he will study chemical engineering.

Flores is currently in the top 2 percent of his class and makes all A’s.

His accolades are many and include being commended by the National Merit Scholar Program as a National Hispanic Scholar with a 1380 on the Preliminary SAT out of 1520.

“Alex does not back down from challenges; they seem to help him thrive and push himself,” said Amber Olesky, Flores’ Spanish 4 AP teacher. “He has expectations of excellence and a great work ethic, which is evidenced by his stellar classroom performance. He is involved in extracurriculars and still manages to find balance. I enjoy his witty comments and humor during class.”

Flores said he struggled with his combined AP classes and had to push through those struggles in order to reach to his goals.

He is also a section leader for the tubas in the top band at the high school and has been playing since the sixth grade.

But at the end of the day he is driven to do all he does.

He credits his parents for pushing him to be the best he can be and he carries that with him.

“They are a great source of inspiration for that,” he said.

Besides all of the academic work and band responsibilities, he is very involved with the youth group at St. Charles Borromeo Catholic Church.

As for the future, he’s not entirely sure but knows with a degree in chemical engineering he would be able to go anywhere for a job. Or maybe come back and work in one of the plants.

“Depends on where life takes me with chemical engineering,” he said.

A New Year’s Day fire displaced residents in four units at Paradise Apartments in Port Arthur. The call of the... read more