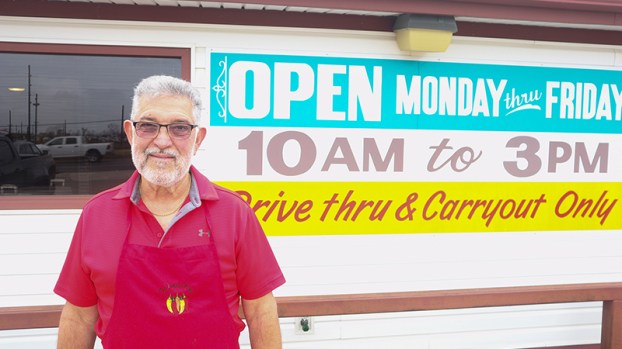 NEDERLAND — After working at a local refinery for many years, Mark Martinez decided to try his hand at the restaurant business. After more than 13 years, The Tamale King is one of the most successful and well-known eateries in the area with orders coming in from as far away as New York City.

While the business is flourishing, Martinez said he used a lot of “trial and error” to perfect the recipe.

“I never made a tamale until I opened this,” he said. “My grandmother would make them once or twice a year. It would take them all day for my aunts and my mother to help and they would make like 30 dozen.”

The Tamale King’s output is slightly larger than what his relatives had to deal with.

He got the idea to start the business by simply not enjoying tamales he found in the area.

“I thought I could do a better job,” he said. “It kind of speaks for itself.”

Martinez said families from out of town come in for the holidays and get hooked. 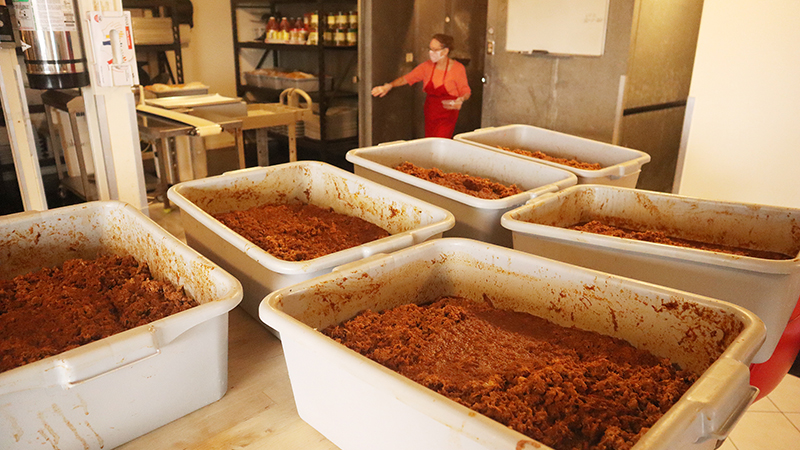 Workers prepare the meat to go into the tamales at The Tamale King. (Chris Moore/The News)

“Some of the people come here to their relatives’ houses and want to try it,” he said. “They’ll get them and want some to take back with them. I had a guy come from Houston Tuesday just for the tamales. They changed the laws on dry ice about 2-3 years ago. Anything under 7 lbs of dry ice, I could package and send to anywhere in the country. Then, everything went to hazardous waste. Now, you have to let them come to your store, let them weigh the dry ice, watch you package it and then take it.”

Martinez said that he would buy dry ice and have to wait for a mailing company to show up.

“They were supposed to be here at 9 a.m., and (the dry ice) is just boiling away,” he said. “I’m waiting and they show up about four hours later. I had lost most of the ice and it was too difficult. I missed a lot of sales from that. There was a lady that owns an insurance company in Nederland and she had a relative working in Time Square and I would send him tamales all of the time. He loved them.”

Martinez used to work a shift at the refinery, which gave him a lot of free time.

“I used to like to fish a lot,” he said. “I opened up a little granite countertop and flooring business. I used to have to depend on too many people to do that. I thought that I could make tamales on my days off. It’s ballooned into a lot more than I ever thought it would.”

“Now, we have 27 items,” he said. “We sell everything from hotdogs to hamburgers, to tamales, nachos and tacos. It’s really become quite a chore.” 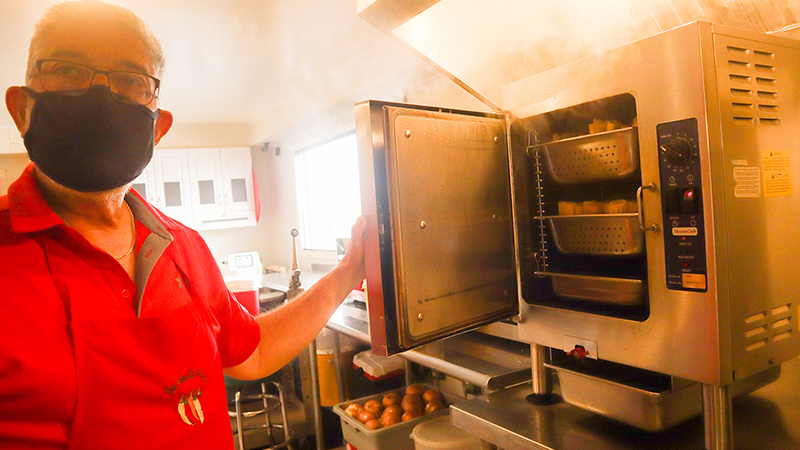 All of the meat is cooked at the same time in a large kettle. After it is cooked, an employee grinds the meat and then it is run through a machine that combines the meant and the masa.

“They all still have to be individually wrapped by hand,” he said. “We’ll probably go through three bags of corn shucks. There are 24 bales of corn shucks in each bag. It’s a process. We have both steamers going, getting them ready. We put them together, put them in the freezer and then we pull them out of the freezer and cook them. We go with the flow.”

The establishment, located at the corner of Twin City Highway and Spurlock Road, does not offer indoor dining, which has allowed it to not miss a beat during the pandemic.

“When they closed all of the restaurants the first time, our business boosted,” Martinez said. “We ran through the whole thing. We decided to keep going. It’s a mom and pop shop.”

Despite its success, it has not been able to spread, Martinez said.

“I built a brand new store in Lumberton,” he said. “I ran it for two years and it just didn’t make it. I went too far out a little bit. This one here is a little gold mine. I love it. We give things away. We do raffles. When the Heritage Festival comes around, I get about 10-15 of those passes and wrap them in the tamales. That is what I want. I want to give back to the customers that keep us open.”