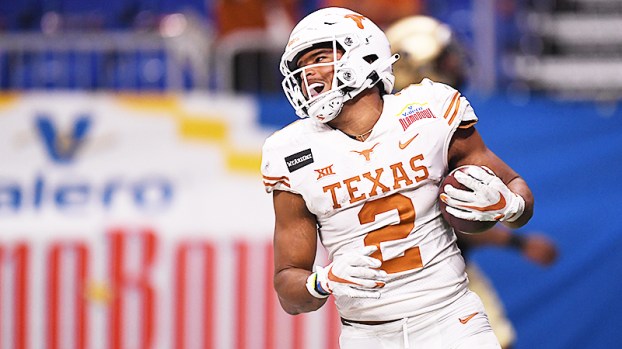 Roschon Johnson tied for the team-lead in rushing attempts and scored a touchdown Tuesday night in what tuned out to be a dominate victory for Texas over Colorado in the Valero Alamo Bowl, 55-23.

The former Port Neches-Groves star finished his night with 10 carries for 32 yards and a score. The sophomore running back also caught one pass .

The Longhorns’ 31 bowl wins are the fourth-most in FBS history, and the most by any Big 12 program.

Following the game, Herman said the victory was special because of his depleted roster.

“I think we counted 18 guys that were on the depth chart to start the season that did not play in this game,” he said. “We started seven freshmen, started three freshmen and two sophomores on the offensive line with a freshman tailback, started a freshman Mike linebacker, freshman safety, freshman three technique in a bowl game.”