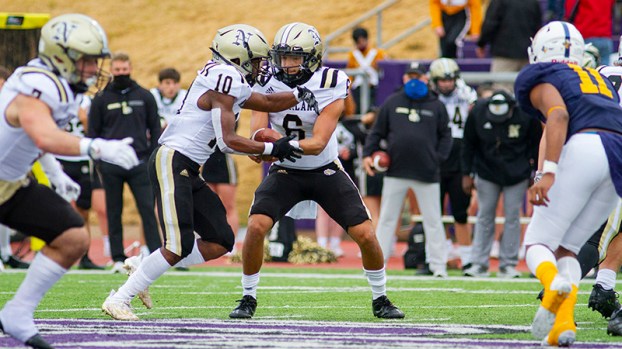 The Nederland Bulldogs will have their work cut out for them when they face the No. 3 ranked Fort Bend Marshall Buffalos on Saturday.

While the Bulldogs will enter the 5A Division II Region III semifinal as the underdogs, the upset wouldn’t be unprecedented. In fact, the last time Nederland played in the third round in 2012, the black and gold beat the then-No. 1 ranked Pearland Dawson.

Saturday’s game against the Buffs kicks off at 1 p.m. at Turner Stadium in Humble.

Larry Neumann, who was the Nederland head coach at the time and is one of the most decorated coaches in Bulldog history, said he has been watching this year’s team.

“It was once said by a famous coach that great teams don’t always play great, but they always play great when they have to,” Neumann said. “That team we had some years back had that ability to make big plays when you needed them the most. From what I’ve seen this year, this team has done the same. That says an immense amount about the confidence they have and the preparation they undertook. We used to stress that it is important to be good in the proper space and time.”

Pearland Dawson defeated Nederland 33-25 to boot the Bulldogs from the 2011 playoffs.

“They knocked us out of the playoffs the year before,” Neumann said. “We stressed in the offseason that we might see them again in the playoffs. From time to time, we would talk about Pearland Dawson. We used to tell our kids that when you get in the playoffs, you will eventually face the boogeyman. The boogeyman is that team that is picked to go deep and has a lot of talent, and we used to kid that if you can’t find the boogeyman in your bracket, you might be the boogeyman.” 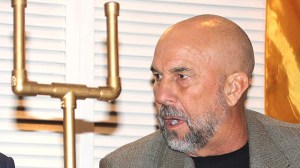 Nederland went on to upset No. 1-ranked Dawson 22-19 with a walk-off touchdown in overtime. Neumann said he still remembers details about the game.

“That was a great ballgame,” he said. “We really won the game in regulation, but they didn’t say the clock ran out and we went to overtime. There was a lot of buildup going to that game. I think it was the only game at NRG Stadium that night. Usually, they have one or two games but we were the only one.”

Neumann said the game’s intensity and fanfare matched that of the Mid-County Madness games.

“It was the main event,” he said. “It was a physical game. I can remember getting calls after the game from statewide radio networks because you beat the No. 1 team, which doesn’t happen often. There was a lot of press. It was a great accomplishment for our players because of the work they put in. Carson Raines hit Seth Barrow for the touchdown. It was a broken play, but the quarterback bought some time to find Seth. It was a great game. One of the highlights of my career and I had a bunch of them. Thank the Lord for that.”

Neumann said confidence is key when you get this deep into the playoffs.

“If you say you can or you say you can’t, either way, you are going to be right,” Neumann said. “It looks to me like this team believes they can and that is a big part of it with the ability they have. I look for them to have a great game.”

Neumann said he plans to watch the game on live stream or listen to the radio broadcast.

“Nederland is a great place,” he said. “The kids play their hearts out, and they are still doing it. I’m proud to see them do it. I am happy for the coaches and Monte. He is doing a great job. I knew they would.”