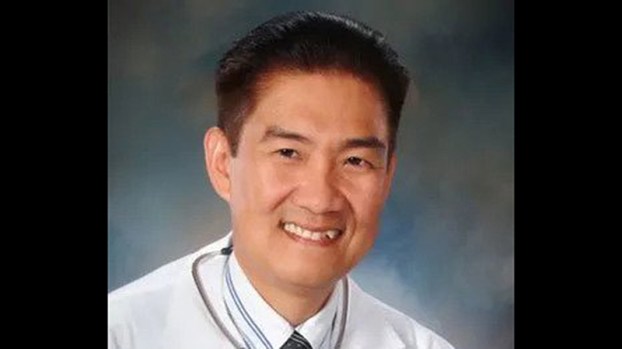 Having just turned 85, Dr. William D. George simply felt the time has come to retire as the city of Port Arthur’s health authority.

“I’ve just been fortunate my health held up and I enjoy it,” George said, adding no one thing led to his decision. “I just decided that it was.”

The Port Arthur City Council on Tuesday approved the hire of Dr. Oscar Enriquez as health authority and supervising physician for the Employee Health Services Clinic. Enriquez, who will turn 62 on Feb. 15, is an internal medicine specialist with two offices in Port Arthur and has 36 years of experience practicing medicine.

“I am excited to be part of the team,” Enriquez said. “Mrs. [Judith] Smith and Ms. Latasha [Mayon], I know them personally. I’ve been working with them. When I got the job offer, I only had 24 hours to make the decision. But it is an honor to be part of the team under the leadership of Judith Smith.”

Smith is the director of the Port Arthur Health Department. Mayon is the assistant health director.

Smith said she reached out to Enriquez after learning of George’s decision to retire on short notice.

Asked what helped him decide to take the offer, Enriquez said: “I think I would reach out to the community. This would be a way of reaching out and reaching more people. That’s the reason I joined. I think I would be able to touch more lives and help with health issues. I would like to give more education to our area, especially at the time of this coronavirus pandemic.”

A native of the Philippines, Enriquez will soon celebrate 25 years of practicing medicine in Port Arthur. He’s lived here since Jan. 8, 1996, and practiced medicine in the city since Jan. 22 of that year.

He has 36 years of medical experience.

“I basically know him,” Smith said of Enriquez. “We’ve communicated on several health issues, so I know him personally. Because Dr. George kind of told us at the last minute — I don’t want that to sound negative — we reached out to [Enriquez].”

While Smith oversees the health authority, Enriquez will meet with staff and sign off on medical records in the PAHD.

“At the start of each year, we go over standing delegation orders,” Smith said.

An example of a standing delegation order Smith mentioned is when a patient is diagnosed with a type of disease, guidelines are already set through that order.

George came to Port Arthur in 1964 after training in general internal medicine at the University of Texas Medical Branch in Galveston. According to Smith, she was a tuberculosis doctor for Jefferson County for many years before her arrival at the PAHD in 1983.

“Dr. George, it’s almost like he’s a guy you never thought would retire,” Smith said. “We could reach out to him any time and consult with him on anything. He wasn’t all the time in the building. He would come, but we had access to him and he was willing to help us out in any situation. He was a teaching doctor. He loved to teach and explain why certain things were. He gave us full in-services on that. He was a very helpful person to our department for many years.”

George says he’ll miss the people he’s worked with during his career.

He looks forward to just being with his family, including his wife of 63 years, Mary Jean.

“I’ve just been fortunate my health held up and I enjoy it,” George said.

Bulldogs ready for No. 3 ranked Marshall – “When we are together, there isn’t any stopping us”

NEDERLAND — Fort Bend Marshall entered the playoffs as the No. 3 ranked team in the state. The Buffalos made... read more