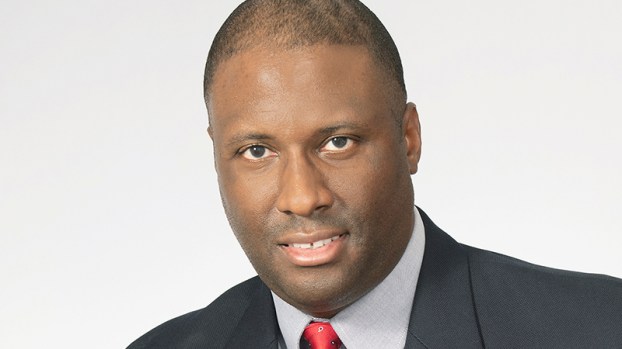 Following a nearly 5½-year tenure with Port Arthur Newsmedia, including the past 14 months as editor, I.C. Murrell is stepping down.

Murrell’s final day at The News is Dec. 29. Although his next position has not yet been announced, the 40-year-old told colleagues last week he “felt led by faith” to return to his roots in southeast Arkansas.

“If you were to tell me when I came here that I would be editor of The News, I’d have said, ‘I’ll take it,’” Murrell said. “But I wasn’t thinking that far ahead. I’m a journalist at heart and I just wanted to continue on that path. That’s why I came to Port Arthur and The News. I wanted to tap into the resources of this great area to reach a higher echelon in my career and make this product the best that it could be.

“This newspaper gave me a chance. All that has developed in this area since my arrival has made it a joy for me to work here. Nothing else would have felt right all this time.”

Publisher Stephen Hemelt said Murrell would be missed, adding he is leaving the media company a lot stronger than when he joined.

“I.C.’s impact on our website, panews.com, and newspaper cannot be overstated,” Hemelt said. “He led our transition into the world of 24-hour-a-day, seven-day-a-week website publishing while continuing to deliver readers of our printed product a quality newspaper they deserved.

“We continue to publish more stories focused on Port Arthur and Mid-County than any other news source, and that was made possible by I.C.’s commitment to this community.”

The search for the next editor has begun.

Murrell began at The News on Aug. 10, 2015, as sports editor after a four-year run in that position at The Pine Bluff Commercial, his hometown newspaper in Arkansas. He succeeded Bob West, who had helmed The News’ sports department for 43 years.

Murrell was elevated to editor on Oct. 14, 2019, following the departure of Ken Stickney, who recommended him as the successor. From that point, Murrell jumped into coverage of Port Arthur City Hall, business developments and the Port Neches-Groves Independent School District.

Murrell stayed up 40 straight hours into Nov. 27, 2019, to cover the TPC Port Neches Operations explosions. He’s also covered the expansion of local industry in Port Arthur and highlighted the city’s fight against coronavirus and systemic racism.

“Deep down, it’s very tough to leave Port Arthur and Southeast Texas because it’s gaining a lot of traction from an economic standpoint, that on which I’ve reported extensively in recent days,” Murrell said. “Plus, I established myself as an in-depth and hard-news journalist right here.

“If I weren’t from nearly 400 miles north of here, I probably wouldn’t leave. That’s how much I believe in this area. As important as my job and career are, I am a family-over-everything guy, and the chance to be another set of helping hands to my family is of great importance to me. It’s only by faith I’m led back.”