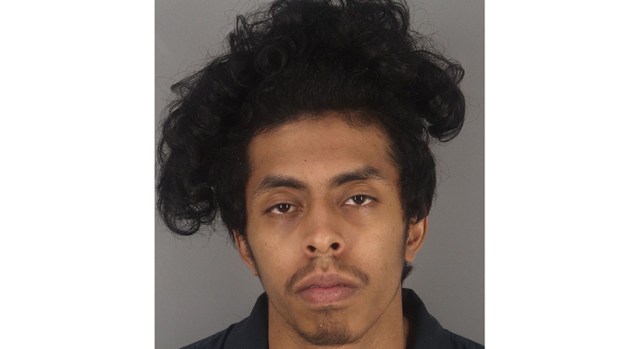 JCSO gets Butts off the streets; other Port Arthur gun thieves still at large

Surveillance video shows a dark colored Ford Fusion pulling into the RV park and several subjects got out of the vehicle. They prowled vehicles searching for unlocked doors and were successful in finding unlocked vehicles and stealing a Ruger LC9 9mm handgun and a Mossberg .308 rifle, Holmes said.

At approximately 1 a.m. Tuesday, a sheriff’s office sergeant was patrolling the RV park and noticed several vehicles with their inside lights on, indicating they had just been burglarized, Holmes said.

As another deputy approached, the same suspect vehicle was observed leaving the park. As the deputy turned around to stop the vehicle, it turned down a long private drive with no outlet.

As the deputy approached, he was able to detain the driver, identified as 21-year-old Jeremiah Butts of Houston.

In a release, according to Holmes, there was no mention of a vehicle or foot chase, but authorities noted the other suspects are still at large.

A search of the vehicle yielded several stolen items, including two handguns. One of those guns had been stolen in an auto burglary in Port Arthur in November and the other was stolen just prior to the deputies’ arrival, Holmes said.

Butts was booked into the Jefferson County Jail for unlawful possession of a firearm by a felon. A warrant was also issued Tuesday for the auto burglary back in November. This investigation continues and additional charges are anticipated.

Those with information about these auto burglaries or the suspects still at large are asked to contact Crime Stoppers at 409-833-TIPS (8477), log on to 833TIPS.com or download the P3 app. You will not be asked your name and could be eligible for a cash reward.

Health officials on Tuesday announced the death of Mid-County tied to the coronavirus. According to the City of Port Arthur... read more