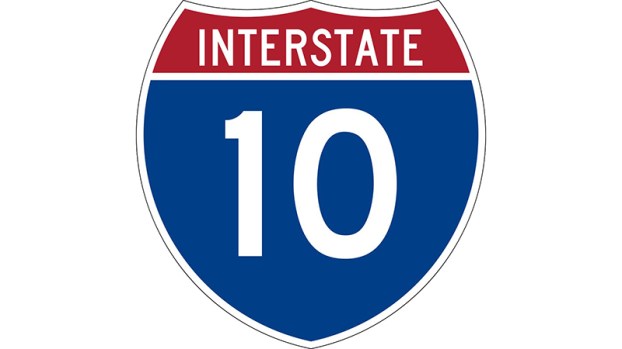 UPDATE: 9-year-old ejected during I-10 rollover crash in Jefferson County

At approximately 3:30p.m., Texas Department of Public Safety Troopers received a report of a single vehicle rollover crash on Interstate 10, near mile marker 838, in Jefferson County.

The preliminary crash investigation indicates a 2010 Peterbuilt truck tractor semi-trailer was traveling westbound on Interstate 10 in the outside traffic lane.

A 2000 Ford Explorer was also traveling westbound on Interstate 10, in the inside traffic lane.

For an unknown reason, the driver of the Ford failed to drive in a single lane and struck the 18-wheeler. The impact of the collision caused the Ford to flip several times before coming to rest.

The 9-year-old male passenger in the Ford was ejected from the vehicle and taken by medical helicopter to the University of Texas Medical Branch in Galveston for treatment.

The second passenger in the Ford, a 60-year-old Houston resident, was taken by ambulance to St. Elizabeth hospital. Her injuries did not appear to be life-threatening.

All westbound traffic lanes of Interstate 10 have reopened following the crash.

There is no additional information available at this time.