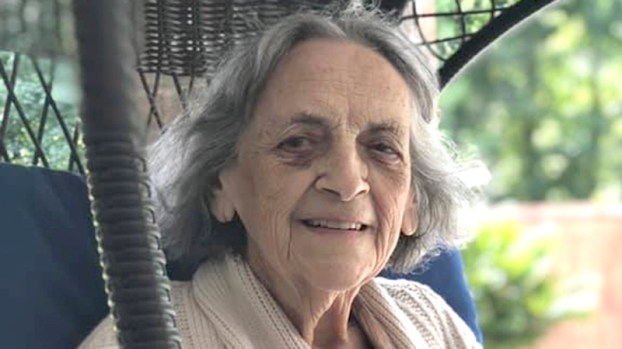 JoAnn Gertrude Bledsoe, 91, of Groves, Texas passed away Friday, November 20, 2020, after a long battle with dementia.

She was a lifelong area resident and member of Friendship Baptist Church.

JoAnn was a loving mother and enjoyed taking care of her six children.

She, and her husband, Doug, were both avid Astros and Cowboys fans and enjoyed traveling together, especially their trips to Hawaii and London.

Jo Ann was a 1948 graduate of Thomas Jefferson High School, where she played oboe, and was a Drum Majorette in the band.

She married the “love of her life,” Douglas B. Bledsoe, in 1950, and settled in Groves.

She loved expressing her thoughts and feelings in books of poetry throughout the years.

She enjoyed tap dancing with her adult tap group in Beaumont.

JoAnn was a member of the Port Arthur Chapter of Eastern Star, and the Groves Beautification Committee.

She volunteered at St. Mary Hospital and the Museum of the Gulf Coast in Port Arthur, where she helped curate thousands of photographs.

She organized many class reunions for fellow TJ alumni, and planned/supported various activities for her husband’s Marine Corp Veterans Group, including the annual float in the Port Arthur Mardi Gras parade.

JoAnn enjoyed monthly luncheons with her group of lifelong friends.

In 2008, JoAnn was awarded “Mother of the Year,” by the Groves Chamber of Commerce, for all the love, care and support she gave to her family.

Her legacy, for her children, is the example of what a loving parent should be.

After a private graveside service, JoAnn was interred at Greenlawn Memorial Park under the direction of Levingston Funeral Home in Groves.

Donations, in her memory, may be made to the American Cancer Society, Alzheimer’s Association, and St. Jude’s Children’s Research Hospital.

Joan Carolyn Holland was born August 28, 1946 in Port Arthur, TX to Willie B. Ford and the Late Lincoln... read more