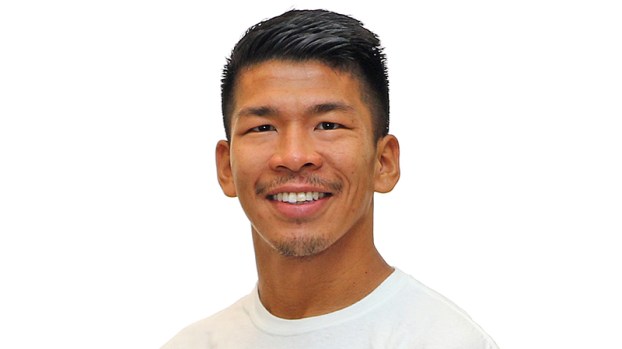 From Kyoto to Los Angeles, to Flagstaff, Tucson and Peoria, to Nashville and Port Arthur, the new athletic trainer and strength and conditioning coach at Lamar State College Port Arthur hasn’t quite been everywhere, man.

But Kento Anjima has been a busy traveler en route to joining the Seahawks athletic department and he likes what he’s found in Southeast Texas.

“My time in the United States has been mostly on the West Coast,” said the native of Kyoto, Japan, a former collegiate swimmer there. “Since the weather in Japan is more like the Texas weather, hot and humid everywhere, for some reason I feel like home.”

LSCPA Director of Athletics Scott Street says Anjima is “a good fit” for the Seahawks.

“Kento is not only a board-certified athletic trainer but he’s also a certified strength and conditioning specialist by the National Strength and Conditioning Association,” Street said.

“The two roles fit nicely together. When we interviewed Kento, he did a great job. We asked him some hard questions and he had great answers. We thought he was a good fit for Lamar State College Port Arthur.”

Anjima arrived in Port Arthur in September after two months working with the National Football League’s Tennessee Titans during their preseason training camp in Nashville, Tennessee.

His resume includes schooling in Kyoto; Los Angeles, California; and Flagstaff, Arizona. Along the way he picked up practical experience working with a myriad of athletes and sports organizations.

In 2018-19, while completing his master’s in athletic training at Northern Arizona University in Flagstaff, Anjima worked with several teams at the NCAA Division I school, including the national cross-country champions. In 2019, he worked for Major League Baseball’s San Diego Padres at their Peoria, Arizona, training camp outside Phoenix; the Tucson, Arizona, Sugar Skulls indoor football team; the Phoenix Rising soccer team; and Flagstaff High School.

“I was a collegiate swimmer in Japan but I had several sports-related injuries and so did many of my teammates and friends on other teams. However, there is not enough medical care for the athletes in Japan. That’s how I got interested in sports medicine,” Anjima said. “I found out that the United States is the biggest in the world for athletic training jobs, so I decided to come to the U.S.”

Athletic training encompasses the prevention, examination, diagnosis, treatment and rehabilitation of emergent, acute or chronic injuries and medical conditions. Athletic training is recognized by the American Medical Association, Health Resources Services Administration and the Department of Health and Human Services as an allied health care profession.

Strength training is a natural complement to athletic training, he says.

“Being an athlete was a big part of my interest in both,” Anjima said. “They overlap. Somebody has an injury or surgery. The athletic trainer works with them to get back to the field or court and that goes into the strengthening side, conditioning in how to make athletes stronger and faster.”

With the Seahawks, he jumped into working with both the LSCPA men’s basketball and women’s softball teams. Those players are busy with offseason conditioning and skills work in preparation for a 2021 restart of junior college athletics after being shut down last spring by the COVID-19 pandemic.

“Many schools cut their budgets, dropped sports teams. There were fewer opportunities and more people looking for jobs,” Anjima says of 2020. “I’m so lucky, so blessed to be here in this situation. I really appreciate Scott and the coaches giving me this chance.”