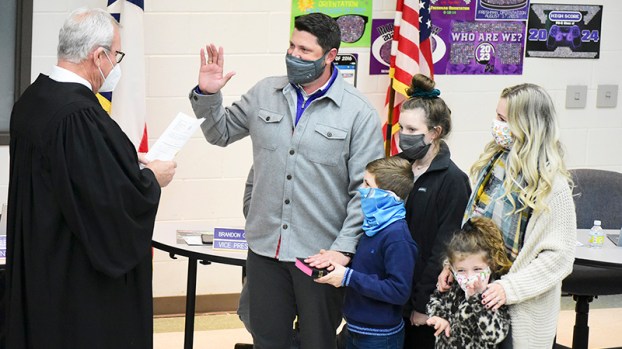 PORT NECHES — More than a month after winning his election, Dallon James took his seat on the Port Neches-Groves Independent School District Board of Trustees.

Two days after turning 37, James was sworn in before Monday’s board meeting at Port Neches-Groves High School along with Jake Lefort, who will begin a second three-year term after running unopposed in the November general election.

Jefferson County Precinct 7 Justice of the Peace Brad Burnett performed the oath of office for both men to begin their terms.

“It means everything, being able to support this community the way it supported me in the past,” said James, a 2002 PNG High School graduate and general manager for a subsidiary of Newtron. “I was raised here and love this community and the teachers that we have and the administrators. I’m glad we can give something back to them.”

James won the Place 6 seat in the Nov. 3 plurality election over incumbent Rusty Brittain and Danny Viator. James ran on the platform of making sure the voices of teachers, parents, students and the community were “the loudest” on the PNGISD board. 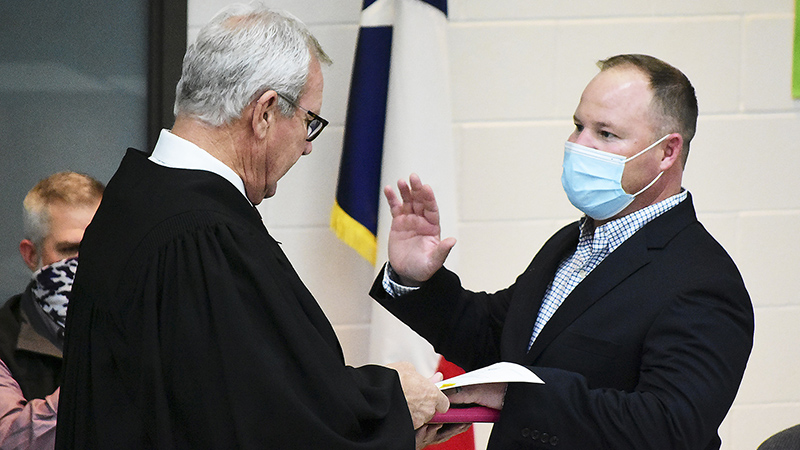 Justice Brad Burnett swears in Jake Lefort to a second term on the PNGISD board. (I.C. Murrell/The News) 12-14-20

Lefort, the Place 7 member of the board, said he’s happy to be “part of a great district.”

“I think overseeing the bond issue is an important part and something we didn’t have in my first three years, but we’re really going to see schools being built over the next two years,” Lefort said. “That’s going to be exciting.”

The board also re-elected Dr. Scott Bartlett as its president and Brandon Cropper as vice-president for another one-year term by unanimous votes. Dustin Marsh was elected secretary unanimously after being nominated by incumbent Eric Sullivan.

Jefferson County Judge Jeff Branick on Tuesday issued a statement reminding citizens about the importance of wearing facemasks during the... read more