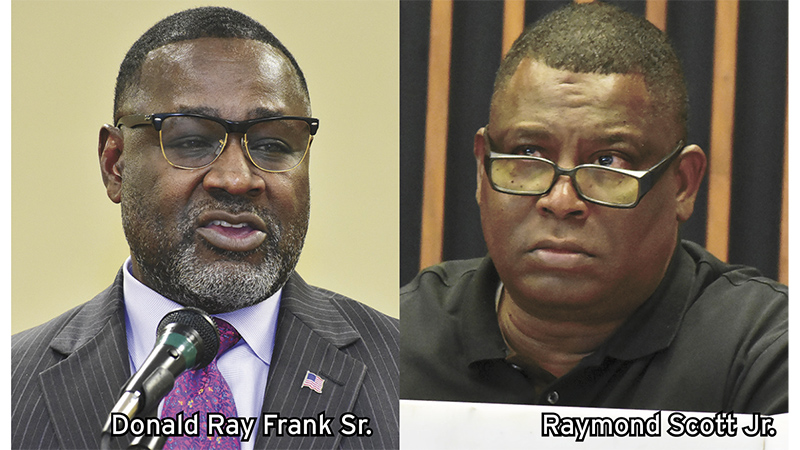 The runoffs for District 1 councilman and at-large Position 8 on the Port Arthur City Council have hit the home stretch.

If Raymond Scott Jr. is successful following Saturday’s vote, he will go from representing District 1, where he has served three terms, to taking over the at-large position presently held by Kaprina Frank, who is term-limited. He’s going against the Rev. Donald Ray Frank Sr. in one of the city’s two runoffs.

Scott, however, has no problem with the majority-vote process, in which the top two vote getters run off against one another if no one attains 50 percent-plus one of the vote.

“No, I do not think plurality is needed,” Scott said. “The majority process should stay in place, because the single district should always be represented by the majority of the citizens in that district.”

A runoff, Scott said, is part of the voting process. He added the citizens would still determine who will represent them in that position.

But he also expressed concerns about the cost of a runoff because the taxpayers’ money is being spent. “However, the election cost will always be there, but there will not always be a runoff,” he said.

Scott addressed other questions in a questionnaire sent by Port Arthur Newsmedia to all the remaining candidates. Ingrid West Holmes is running against Willie “Bae” Lewis Jr. for Scott’s present seat.

(Responses by Holmes and Lewis, as well as Rev. Frank, were printed last week in The News.)

Scott: “To continue to participate in the voting process, because it does work. Your vote is very important.

“This is a critical time. We must elect people with experience, integrity and the citizens and city concern first, not a personal agenda.”

Is there anything you need to share with your voters that you did not share during the general election?

Scott: “At the time I was on council, I have always informed members of the council and the citizens, that the seat I sat in belongs to the citizens. And I would always put citizens’ concerns and issues first.

“I have worked with 15 different councilmembers, three mayors and four city managers. I learned to work for the people, but also work with people.

“I have not always been on the majority side of the votes on council, but I have made sure my presentations were clear enough for the citizens to see that I have put them first.”

If you have been on council before, how would that experience help you?

Scott: “The experience has helped because I understand our form of government, policies and procedures, and having the ability to balance the city budgets.

“Knowing that being visible, available and accountable are the characteristics a councilmember must have to bring about confidence in the citizens, and making them comfortable to bring their concerns and the issues to you.”