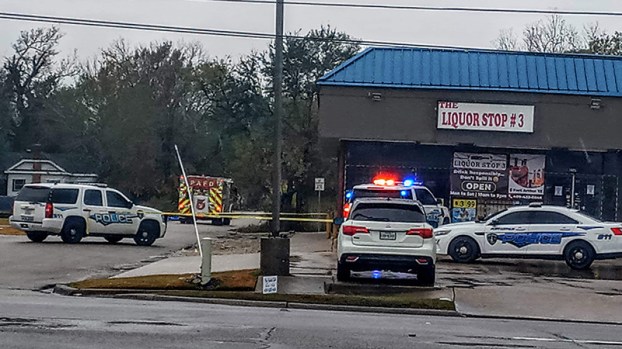 Port Arthur Police Department vehicles respond to the scene of a shooting on a Sunday afternoon in December.

A man was taken to CHRISTUS Southeast Texas-St. Elizabeth in Beaumont following a shooting outside a Port Arthur liquor store on Sunday, authorities said. 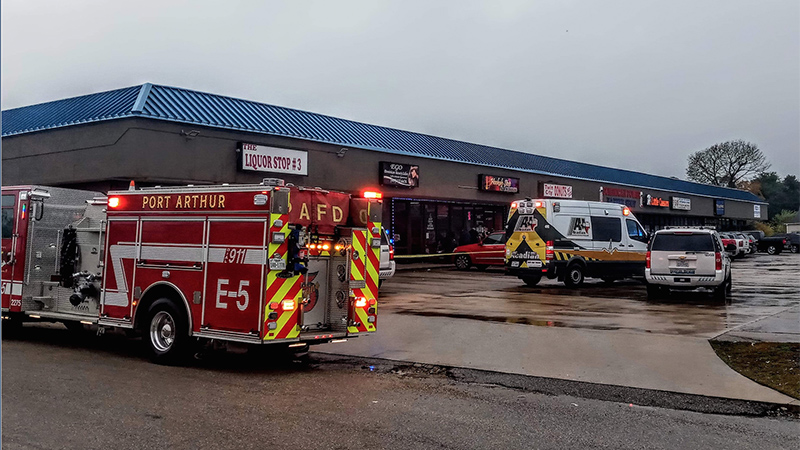 The fire department, EMS and police department responded to the scene of Sunday’s shooting.

The site is the location of The Liquor Stop #3 and is in a shopping center that also houses several eateries and a convenience store.

Duriso said the victim was shot once in the arm and once in another part of his body. The police chief was told the victim’s injuries are not life-threatening.

The age and hometown of the victim were not available.

The shooter fled in a vehicle, but suspect information was not available as of 4 p.m. Sunday.

Holiday music was playing as a giant inflatable snowman rocked in the morning breeze while out front of Memorial High... read more