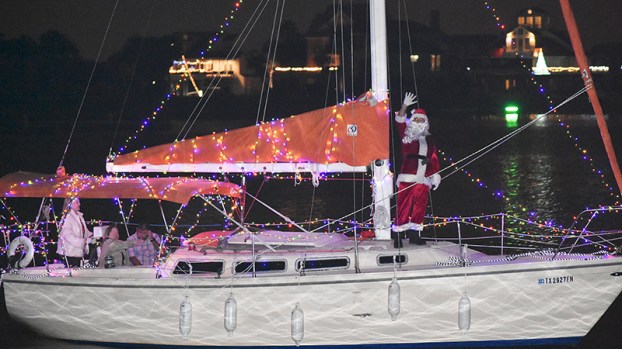 Santa Claus and others sail the waters of Pleasure Pier. (Photos by I.C. Murrell/The News)

Port Arthur leaders and citizens got into the Christmas spirit Saturday evening with a pair of events.

Vehicles lined up and circled City Hall for a Drive-Thru Christmas.

City leaders including Police Chief Tim Duriso and Councilwomen Charlotte Moses and Kaprina Frank, along with other volunteers, gave out bags of goodies.

At Pleasure Pier, lighted boats circled the inlet for their own Christmas parade as visitors watched from the dock. The Port Arthur Yacht Club organized the showcase. 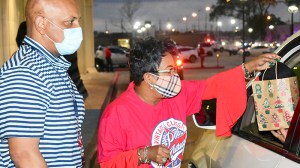 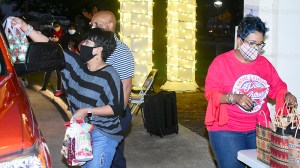 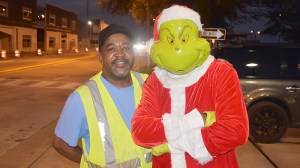 Emery Jones and James Brown, aka The Grinch, take part in festivities. 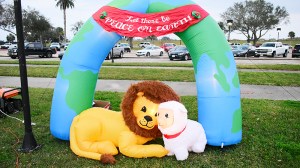 An inflatable display of a lion resting with a lamb symbolizing “peace on earth”. 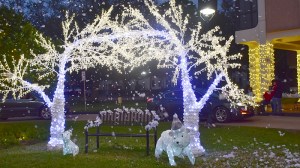 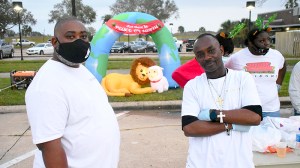 From left, Richard Edwards and Chris Gaskill with Security Lodge No. 625 volunteer. 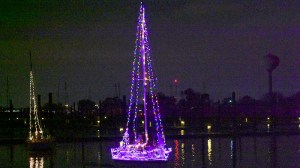 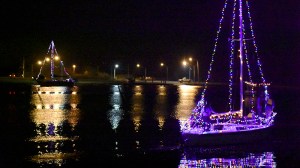 Boat lights and pier lights are reflected in the Pleasure Pier inlet. 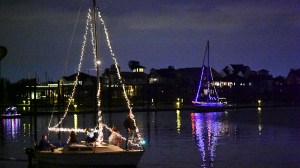 NEDERLAND — After beginning in Jasper in 2006, Hamburger Depot has been a hit all across Southeast Texas. The burger... read more