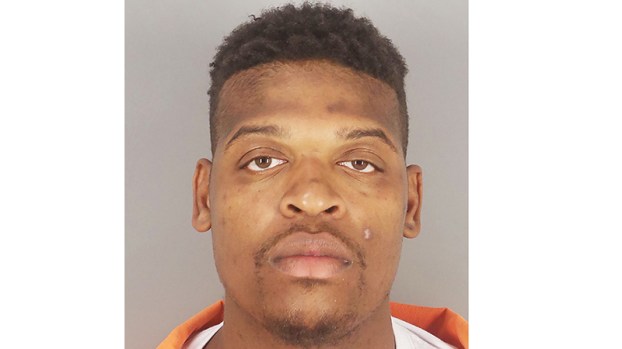 A Port Arthur area transient accused of stealing a car requested a wrecker service and a ride to an auto shop after driving the stolen vehicle into a ditch, authorities said.

He claimed to police he had bought the Chevrolet Impala for $800.

Earlier this week the man, identified as Keon Martinez Graves, 29, was indicted for unauthorized use of a vehicle by a Jefferson County grand jury.

Port Arthur Police responded to 3300 block of 23rd Street in reference to a vehicle in the ditch at 2:20 a.m. Nov. 1 and Graves was reportedly sitting in the driver’s seat.

The officer noted the front rim was missing a tire and the rim was damaged.

The driver got out of the vehicle and, according to the affidavit for arrest warrant, told police his brother let the air out of the tire and made him damage the rim. The affidavit stated the driver wanted help, requested a wrecker for assistance and would need the wrecker to drop him off at AutoZone to get a new tire because he couldn’t leave his car.

He reportedly told police he couldn’t leave the car because he lives in the vehicle and his belongings were inside.

The officer checked with dispatch on the license plate and learned the vehicle was reported stolen out of Beaumont the night before.

The owner gave a description of the person he believed stole the car from Parkdale Mall.

When Graves was placed under arrest and in the back of the patrol car he reportedly told the officer he had just bought the car for $800.

Graves remains in the Jefferson County Correctional Facility on a $25,000 bond.

A murder, assaults and various drug offenses top this week’s list of felony indictments handed down by a Jefferson County... read more