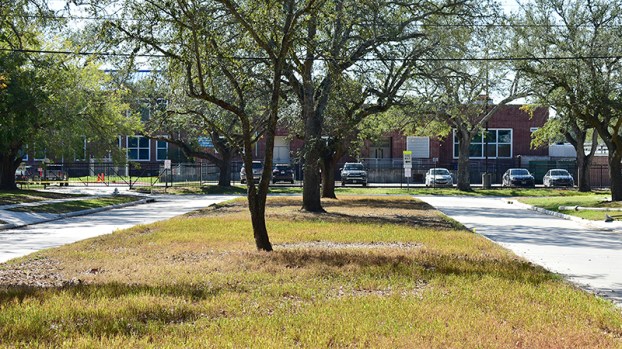 The city of Port Arthur took what one councilman called “a strong stance” against contract time overages by issuing the contractor of a remodeled street a $12,000 penalty.

Port Arthur’s city council voted to levy the penalty against Excavation & Construction LLC of Port Arthur but agreed to retroactively change the contract date from Aug. 20 to Nov. 1, covering 73 days. The original contract date, according to a memorandum from City Manager Ron Burton, was June 21.

The project, which called for the reconstruction of Sunken Court from Twin City Highway to North Park Drive, was to be finished in 230 days from the start of the contract.

The recent change order — the fourth since the contract was awarded — addressed 43 days of inclement weather (Excavation & Construction requested a 44-day claim after subtracting 30 days allowed under contract) and 30 days due to the coronavirus pandemic.

“We are requesting these days due to shortages in materials causing increase in time to receive materials, vendors being shut down due to state and federal passed mandates, along with the City Office’s being impacted as well,” E&C wrote in a letter to construction manager Schaumburg & Polk.

An E&C official was not available for further comment.

City officials determined the project went 24 days past Nov. 1. Hence, the penalty of $500 per day under the contract was assessed.

“This is a strong stance this council is taking to ensure contractors don’t overlook some of the projects we have in Port Arthur,” District 3 Councilman Thomas Kinlaw III said. “When we have projects and signed contracts, it’s an obligation between the city as well as the contractors to actually get a job done in the agreed amount of days that’s on the contract.”

The passed resolution is a response to Kinlaw’s question during the previous regular council meeting on Nov. 24 about how to hold contractors responsible for time overages.

Burton said at the time E&C would be penalized “almost” $17,000 and added the contract would be extended for 90 days, but he added Sunken Court’s reconstruction — which came at a $2.3 million price tag — was completed.

Kinlaw was complimentary of the end result, adding he and Port Arthur Public Works Director Alberto Elefaño took time to view the street in recent weeks.

“It’s real beautiful, but we have some punch-list items that we have to complete,” Kinlaw said. “I just want to let people out there know this council is working very hard to get streets done, and this is a prime example. If contractors don’t hold up their end of the bargain, things like this can happen.”

Elefaño recommended the 73-day contract extension, adding the coronavirus pandemic and hurricanes made 2020 challenging for street work to be done. He also said some contractors “are kind of giving us not their hardest or their best sometimes, and we want to make sure in the future we do make it an effort from the city to make sure our projects are being worked on.”

Elefaño noted the Sunken Court project underwent four change orders — the first two for “unforeseen” issues involving a water line, and the third for having to utilize other entities to excavate utilities. The fourth, Elefaño said, was to make sure the contractors notify city officials of issues well in advance so they can advise how to proceed.

The council on Tuesday also authorized a third change order with E&C for the Eighth Avenue Improvement Project from 32nd Street to the dead end to replace a sanitary sewer line and installation of a junction box, increasing the total cost by $15,415 to $919,935.50 and extending the completion date by 19 days to Dec. 12. This also results in a $4,725 penalty against the contractor for a 15-day time overage.

** UPDATED to correct Mr. Sparrow was only nominated, not appointed for the Orange County Appraisal District Board of Directors. The Orange County Appraisal District is still in the process of gathering nominations from the entities to be considered for appointment to the board, Chief Appraiser Scott Overton said. The board will select a nominee to fill the position.**