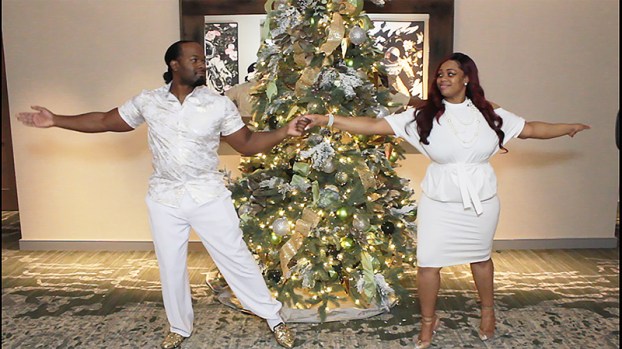 A screenshot of Dr. Levy Barnes and wife Sheri from his Christmas video. Courtesy image

Christmas with Dr. Levy this Saturday set to benefit hundreds of children

“Christmas with Dr. Levy” will be a bit different this year due to the pandemic, but the reason behind the season remains.

This year’s event will be a drive-thru toy giveaway at 10 a.m. Saturday at the Port Arthur Pavilion, 500 Procter St.

Children must be present with a guardian in a car receive a gift, and when each family pulls up, everyone is required to have on a mask. The event is first come, first served.

“We want to make sure all of the kids are safe and play it safe for everybody,” Dr. Levy Barnes said. “We are canceling the petting zoo and pictures with Santa, [and] decided to keep it simple.”

In the past there have been issues with fraudulent people, which is the reason for the requirement of having the guardian and child together at the time of the event. Last year, he said, a woman said she had a handicapped son who was bed-bound and even had paperwork to show this. But when he turned his head she was seen by workers grabbing a hoverboard and leaving.

Barnes and his wife Sheri save money through the year to purchase the toys and have had assistance this year from Farmers Insurance agent Zulema Escobedo, Walmart, Entergy, Mortgage Dynamics, Q. Productions LLC, Hobson and Bradley Law Firm (Tina Bradley), Not Your Ordinary Night and Q. Hair Regrowth Spray.

Barnes said he wouldn’t be giving out as many bicycles as in the past but instead will be giving more drones.

“The goal is to always get quality toys,” he said, adding some families are struggling financially and may not be able to do so.

He has seen the fruits of his good work. It came in the form of a photo of a smiling child playing with one of the toys given during a previous event.

COVID-19 has taken a toll on the amount of donors this year, so there are some small toys as well.

“We made things work out,” he added.

All in all he and his wife have enough toys for at least 500 children and plan to continue purchasing toys, hoping to have enough for 700 children by the end of the week. 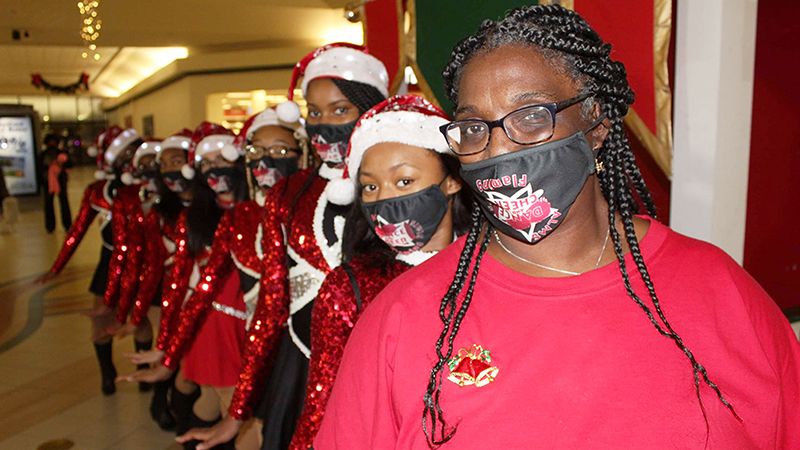 Barnes typically has musical entertainment at his holiday giveaways, but this was modified due to COVID restrictions.

He spoke with Yolanda Avery, who works with the Lincoln Middle School Flaming Stars, saying at first he would be unable to have them perform. After hanging up the phone with Avery, he realized he planned on shooting a music video for his rendition of Winter Wonderland and called her back.

If you didn’t already know, Barnes is an entrepreneur, preacher, author, inventor, educator and recording artist.

The plan was to make the video with the students at Port Arthur City Hall, but there was rain that day so he contacted Central Mall, which allowed them to film indoors.

“When the girls got there, it was a very emotional time because they hadn’t seen each other since the shut down and had been rehearsing virtually,” he said.

The dance group was able to social distance, wear masks and take necessary precautions during the event. The video of the performance can be seen on YouTube and one Barnes’ Facebook page — facebook.com/dr.levyq. 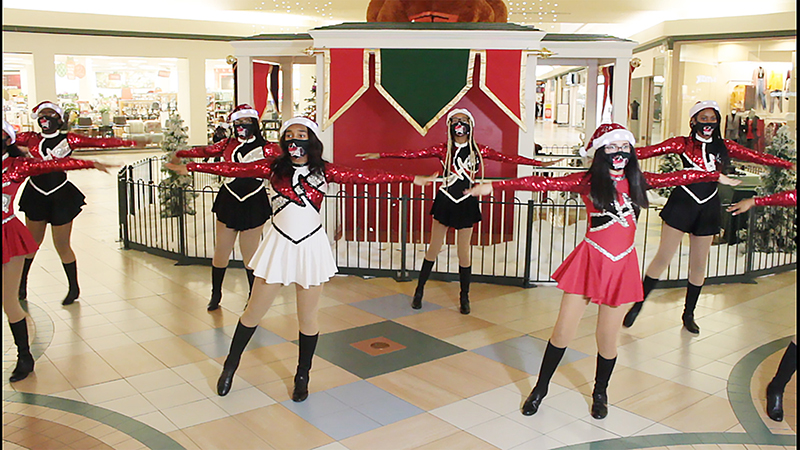 Barnes has long been giving back to the community, and though he’s in his seventh year with Christmas with Dr. Levy, he actually started in 1997.

Not one to broadcast the good deeds they do, he and his wife help throughout the year but the one at Christmas is the main effort.

At first they gave toys to 50 children, then to 100, then others started joining in to help.

His prison ministry is ongoing with COVID. They send books to inmates, as they cannot visit.

The reason behind the giving goes back a ways.

“I feel like this is an obligation,” he said. “Before COVID through the years, we started our ministry going door-to-door in low-income areas and projects in New Orleans.”

Barnes he used to live in New Orleans.

“When you go into homes and see nothing, you can’t just leave them with a prayer and nothing else,” he said.

He has seen the concerned look on the faces of parents who are on edge, knowing they can’t afford presents for their children, so instead they shop at a dollar store.

“We know Christmas isn’t about toys, but it gives hope during the Christmas season,” Barnes said.

The city of Port Arthur took what one councilman called “a strong stance” against contract time overages by issuing the... read more