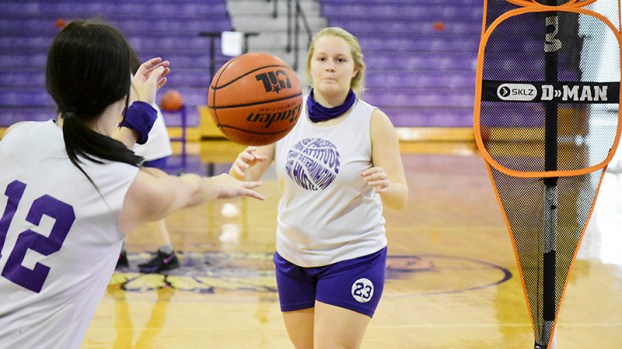 Nederland (9-0) defeated West Brook 48-46 in an overtime thriller Tuesday at the Dog Dome, while PNG (7-3) defeated host East Chambers 45-41 Saturday in the Indians’ final non-district game of the season.

PNG will play a home game against Crosby on Dec. 15 to tip off district play.

“They are getting more comfortable with me and that is the same with me towards them,” first-year PNG girls basketball coach Lance Robertson said. “I am realizing who the scorers are as well as the rebounders and dribblers — all of that stuff. We are all getting accustomed to each other and that is the biggest key.”

Robertson said the credit goes to his players for winning as the team finds its identity.

“They have bought in and are just winners,” he said. “Any game that has come down to the wire, our girls are finding a way. It doesn’t matter who, but there is always one stepping up. We normally have a different leading scorer every night. These last couple of games, we’ve had Morgan Louvier averaging over 10 points. Paxton Shults is averaging about 10 points in than span, too. Then you have someone else always mixed in there, too.”

Robertson said seniors like Shelby Letulle have stepped up by being coaches on the court.

“She texted me the other day and said she had been watching Crosby film and noticed some tendencies,” Robertson said of Letulle. “That is something you can’t teach. When you have kids going out on their own and watching the film, that is big.”

Robertson said the team’s early success boosted their confidence, which he hopes carries over to district.

“They believe they can win and that is the biggest thing,” he said. 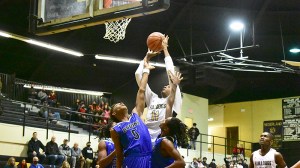 Tyler Jackson (11) of Nederland puts back a miss against heavy defense from West Brook on Tuesday as Joseph Gipson (21) looks on. (I.C. Murrell/The News) 12-8-20

Nederland’s boys beat West Brook in what might have been the Bulldogs’ most impressive win to date.

“It was a grind,” head coach Brian English said. “It was two good teams going at it. We had to persevere there. It was ugly basketball for a while, but we found a way to win. That is this group’s calling card right now.”

English said the team has found ways to win despite not putting up impressive offensive numbers.

“We have to find ways to score the ball,” he said. “We have some kids that can shoot it. I don’t know if it is a confidence issue or what. Once we figure that part out, we will be even better.”

To improve the offense, the Bulldogs are going to have to learn to be patient and take better shots, English said.

“I think (against West Brook), some guys wanted to do something on offense and I think we took some poor shots,” he said. “You have to be patient. Some of these kids hadn’t played on varsity, don’t understand being patient and waiting for the best shot. Once they figure that out, they can shoot. I am hoping.”

NEDERLAND — Place kicker Payne Barrow has sent footballs through the uprights for Nederland for four seasons on varsity. While... read more