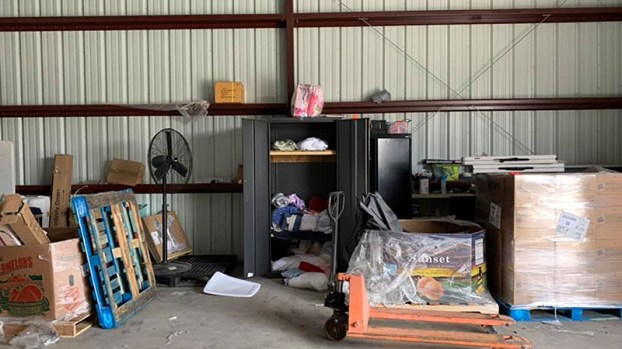 A storage unit was ransacked that was set aside to help people in need. Courtesy photo

GROVES — Upwards of $20,000 worth of items was stolen from a nonprofit organization’s storage unit, but leaders aren’t letting it make them lose faith in others.

Autumn Brown, founder and executive director of SETX Civilian Taskforce, said their storage unit in Groves was burglarized. Some of the items taken include furniture, dehumidifiers, 100-quart coolers, eight to 10 36-inch TVs and even a mini-fridge for volunteers to keep their drinks cold.

Brown believes the unit was broken into some time last week, though she’s not sure how the thief or thieves entered the building since there was no physical damage.

The storage unit was a holding area of sorts for items that were going to people’s homes who were rebuilding or finishing up rebuilding following a disaster.

And the burglars also trashed the building.

“We had metal cabinets with cases of shampoo and conditioner we were saving and every cabinet had been gone through and wiped clean for the most part,” Brown said. She also noted the box of Bibles weren’t stolen. 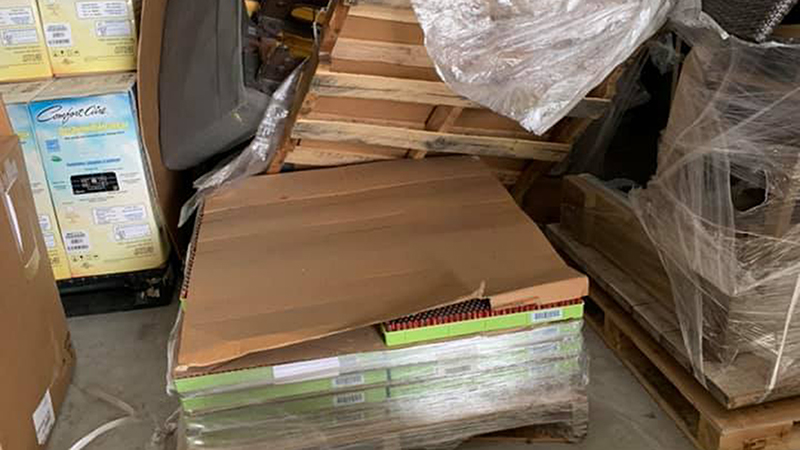 Furniture is knocked over and a storage unit ransacked that was set aside to help people in need. (Courtesy photo)

She described the scene as being ransacked.

She believes the thieves either weren’t through stealing or planned to come back for more since there were items found loaded up on dollies. She believes the criminals used a U-Haul and trailer or made several trips to make off with the amount of items stolen.

“If they rob from somebody like me, God knows who they’re robbing from,” she said.

What makes her sick about the situation is there are people waiting on their furniture and items that were stored.

“Some of the items were promised (to others). For me, giving my word to somebody means a lot,” she said. “That’s how I was raised and if I make a promise, even under these circumstances, I will fill it. I refuse to let them have that over me.”

The organization, which began after Hurricanes Harvey in 2017, worked hard to gain the trust of people, which is why she won’t back down on her promise. Brown wants to set an example that when you’re knocked down, you get back up, brush yourself off and go again.

“You have to lead by example,” she added.

Persons wishing to donate to the SETX Civilian Taskforce can do so at setxciviliantaskforce.com.

Voters in Port Arthur’s District 1 are 10 days away from electing their next representative in one of two city... read more