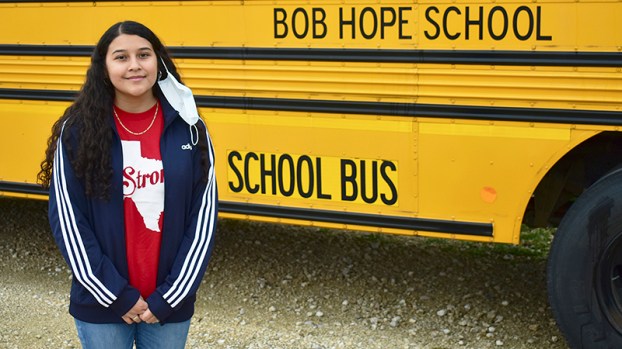 Bob Hope School junior Victoria Gutierrez believes something worth the success is worth working for. (I.C. Murrell/The News) 12-3-20

Victoria Gutierrez’s parents told her at a young age to work hard for everything, for nothing is given.

“My parents, they had a rough life growing up,” the Bob Hope School junior said. “They graduated, but they didn’t have the high school experience like everybody else. They push us hard because they want us to have a better life than they had.”

Gutierrez, whose parents work in local refineries, is the younger of two sisters and has made her hard work in the classroom count. According to Stephanie Jones, one of her volleyball coaches, Gutierrez is at the top of her class.

“She’s a very humble individual and athlete,” Jones said. “She doesn’t have an ego. She doesn’t beg for credit. She goes out there, does her job, handles her business and goes about her day.”

“With math, you don’t have to think about it that much,” she said. “You just have to do it, and it’s always the right answer. You can expand your brain on it. It makes you think about life.”

Philosophy has the same effect on Gutierrez, she indicated. While math comes easy, she named English her toughest course “because of all the essays you have to write.”

Thinking what she wants to study in college, Gutierrez has yet to decide. She is considering a career in the medical field. 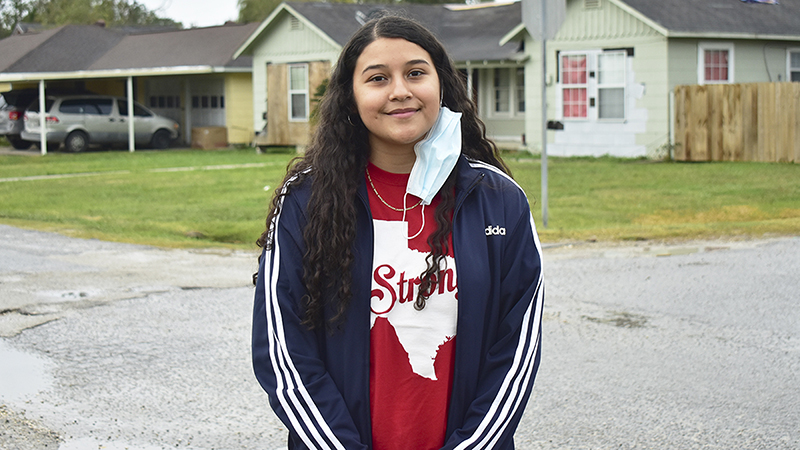 Victoria Gutierrez has been encouraged to build a better high school experience than her parents had. (I.C. Murrell/The News) 12-3-20

Away from school and volleyball, the self-described introvert likes to read and hang out with her family. But in both, she’s excelled as a team player and classmate in Jones’ eyes.

“I feel like, sometimes, she’s an underappreciated person,” Jones said. “She takes it and goes. She’s coachable. She’s really teachable. She helps her teammates out with extra practices. She helps her classmates with homework.”

Gutierrez has been interested in volleyball since watching Bob Hope’s team as a sixth-grader and likes to help her teammates grow.

“I want them to play and play the game right,” she said. “It’s not my first love, but it’s a fun thing. It’s something fun to take your mind off things when you’re feeling down.”

Gutierrez thanks her coaches for teaching and helping her become a better person.

At a time when students are adjusting to virtual learning and not enjoying others’ company in a brick-and-mortar setting, Gutierrez encourages students to take life “one day at a time” and offers this bit of advice:

“Something worth the success in the future is worth working for,” she said. “Use Google and friends as much as you can. If you don’t get something, someone else would. Use as many resources as you can. You can still pass.”

An affidavit for the arrest of a Port Arthur man in a fatal shooting that happened at Louis Manor Apartments... read more