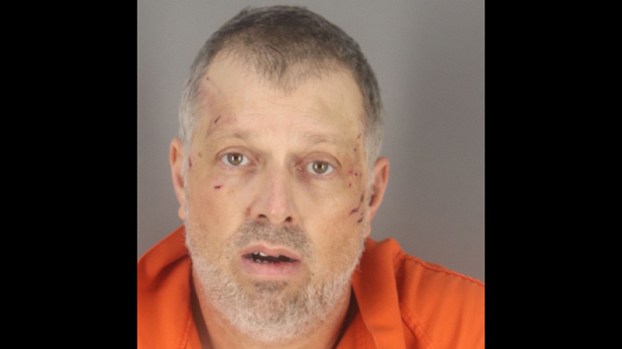 PORT NECHES — An alleged drunken accusation led to an argument that turned physical culminating in the fatal stabbing of Heather Delmar on Nov. 13.

The probable cause affidavit for the arrest of Robert Holloway, 47, sheds light on the attack that began when the victim, 44, came home intoxicated and accused her boyfriend of cheating, police said.

The argument became violent, the document continued, and Holloway made a statement about producing a straight bladed pocketknife with a clip from his pants pocket and stabbing the victim, but said he didn’t remember how many times he stabbed her.

After this he left the knife on the counter in their Port Neches apartment, “fled the scene in his car, blacked out at that and doesn’t remember anything else.”

Holloway was later involved in a major collision and admitted to St. Elizabeth Hospital in Beaumont.

Two days later, on Nov. 15, a woman contacted the Port Neches Police Department because she was concerned about her son’s girlfriend, later identified as Delmar, because they had not heard from her in a couple of days.

After the door was opened, officers saw blood streaks in the hallway approximately 6-10 feet from the front door, the affidavit stated. The officers entered and found the blood smear went to the bathroom, where the victim was found lying face down with her pants and underwear partially down.

Police said they found the pocketknife on the counter where Holloway said it would be.

Jefferson County Pct. 1 Place 2 Justice of the Peace Ben Collins issued a murder warrant for the arrest of Holloway on Nov. 16, which was executed with the assistance of the Jefferson County Sheriff’s office warrant division.

Holloway was later transferred to the infirmary at the Jefferson County Correctional Facility due to his injuries.

Bond is set at $1 million for the charge of murder.

An official with the Jefferson County District Attorney’s Office said on Monday that Holloway’s case is not scheduled to go before the grand jury this week, though this could change.

NEDERLAND — The Nederland Bulldogs are red hot as they enter the playoffs on a six-game win streak after defeating... read more