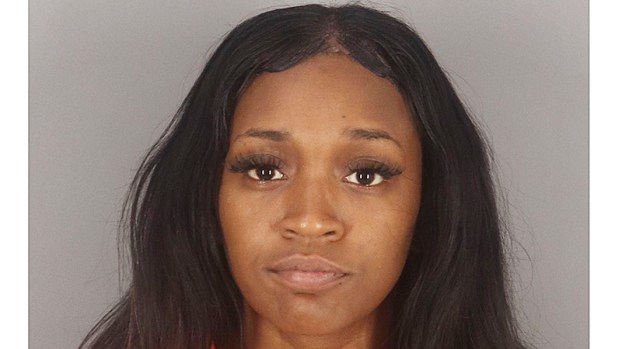 Police: Woman caught stealing wig coughs on police, tells them she has COVID

A Beaumont woman who reportedly attempted to steal a $75 wig by stuffing it into her purse told police she had COVID-19b then proceeded to cough in their faces.

Earlier this week, Markisha Antoinette Castille, 26, was indicted on two counts of harassment of a public servant: correction or detention facility for the Aug. 11 incident.

According to the affidavit for Castille’s arrest, Beaumont Police were called to Hair World Beauty Supply on Avenue A, where the store manager told officers Castille tried to leave with the unpaid for merchandise but the door was locked remotely by the owner.

The woman then began to kick open the door and tried to break a few things inside the door, police said.

While standing next to one of the officers, the woman tried to pull away from him, yelled and cursed at the store employees before being placed in handcuffs.

Then, while police were watching the surveillance video, she reportedly turned and coughed in the face of one of the officers, loudly stating she was sick and had the coronavirus.

The officer turned his face away from her but she leaned in to cough in his face several more times before being escorted to the patrol vehicle, the affidavit stated.

When the second officer went to retrieve the purse from her, as she sat in rear of the vehicle, she began coughing in that officer’s face, he said in the statement.

Due to Castille stating she had COVID-19, she was taken to Baptist Hospital and voluntarily consented to an instant COVID-19 test that came back negative.

Free COVID-19 testing for Port Arthur citizens is planned from 8 a.m. to 4 p.m. Monday and Friday at Bob... read more