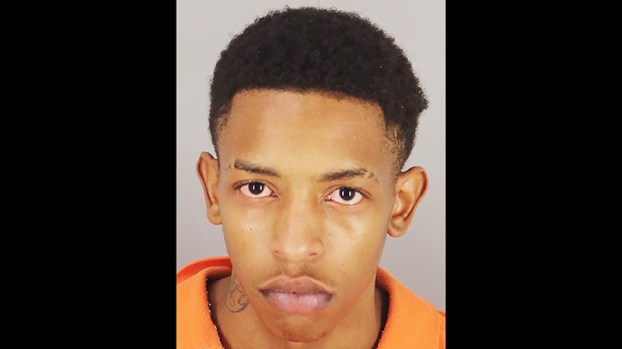 INDICTMENT: Port Arthur 18-year-old yells “I got me one” during deadly shooting

An 18-year-old Port Arthur man has been indicted for a Beaumont killing and an aggravated assault.

A Jefferson County grand jury handed down the indictment this week on Christopher Mitchell for the Oct. 11 shooting death of Christopher Sellers, 24, and shooting and injuring another man the same night in Beaumont.

According to the probable cause affidavit, Beaumont Police heard shots fired in the 1000 block of Nolan Street and found the body of Sellers. The second victim, age 18, was located and brought to St. Elizabeth Hospital for treatment.

The affidavit stated nearby security cameras recorded a red Chevrolet Impala or Malibu turning from Park Street just prior to the shooting and driving to where Sellers was located. A muzzle flash could be seen coming from the passenger side of the red vehicle.

The following day BPD officers were sent to the 100 block of East Caston in reference to an auto theft. The victim told police he was walking to his Ford F150 when two men wearing hoodies covering their faces approached him — nearby was a red Chevrolet Impala, the victim said.

One of the men pointed a 9mm pistol at him and searched his pocket before pushing him to the ground and getting into the truck and leaving.

About 2½ hours later, a Groves Police officer notified BPD of a stolen F150 truck recovered at Beverly Apartments, 5307 Gulfway Drive in Groves. The officer had four men detained, one of which included Mitchell.

A 9mm pistol was located in a red back pack, which was in possession of one of the other men.

The four men were ultimately arrested for aggravated robbery. At the time of the arrest, police contend Mitchell was in possession of a Chevrolet key fob and key. During the investigation, the 2012 Chevrolet Impala was found at a Port Arthur home.

On Oct. 13, Beaumont Police re-interviewed a witness who, the affidavit stated, was riding with the four men when Mitchell reportedly leaned out the passenger side window and started shooting a pistol. The witness allegedly heard Mitchell yell out “I got me one.”

On Oct. 14, the Jefferson County Crime Lab confirmed two shell casings found in the Impala were a match with the shell casing located on Nolan Street crime scene.

The other shooting victim suffered a gunshot wound to his right thigh area and left wrist area, shattering his wrist. He was sent to a Houston hospital for treatment for the shattered wrist.

Mike Hamilton and his late father opened Hamilton’s Restaurant and Bar near Central Mall in 2017 after they saw the... read more