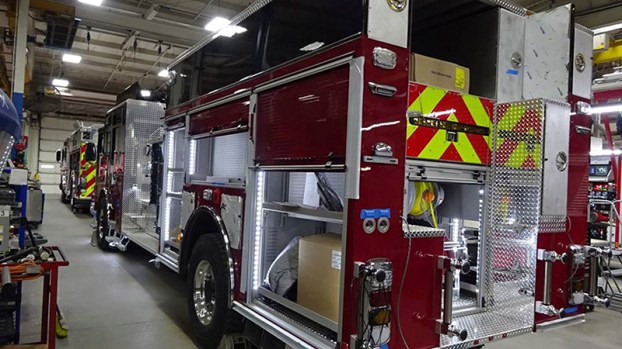 The Nederland Fire Department’s new ride gets some final touches in Wisconsin before inspection in May. (Special to The News)

NEDERLAND — No injuries were reported after a house fire in Nederland Tuesday morning.

Morton said responding firefighters at the home at 2507 Gary Avenue encountered heavy fire and smoke visible toward the rear of the structure and garage area at the one-story residential structure.

One of the homeowners was at home but got out safely. There were no injuries reported of residents or firefighters.

Morton believes the fire originated in the attic near the electrical service coming into the house, though it is still under investigation.

Damage is described as moderate, bordering on severe.

The Centers for Disease Control and Prevention has allotted more than 1.4 million doses of COVID-19 vaccines to the state... read more