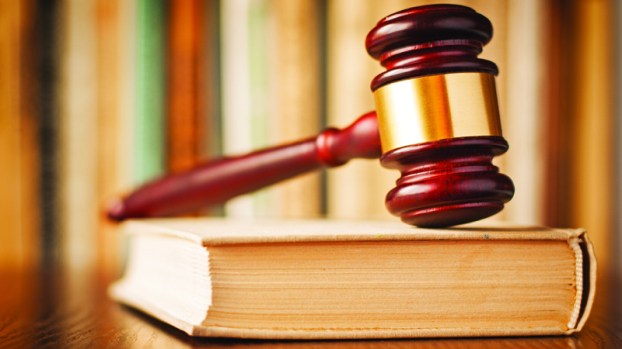 Jury trials in Jefferson County are on temporary pause until sometime in 2021 due to the spike in coronavirus cases.

Kent Walston, who is the 58th District Court and administrative judge, said the decision to discontinue jury trials was made two to three weeks ago.

The decision, which was agreed upon by other county judges, conveys their concerns for the citizens of Jefferson County.

COVID-19 restrictions led to various closures though the year and in October the courts tried to resume jury trials. Some cases resulted in mistrials after a juror tested positive for COVID.

The courts were prepared per guidance from federal, state and local authorities with social distancing, masks, screens and more.

The courts are conducting hearings and dockets as they try to work thought he system where they can, but some cases can only be responded to by jury trial and this is where things get slowed down, said Pat Knauth, first assistant to the District Attorney’s Office.

Walston explained that before this latest development it was difficult to seat a jury. With more than 1,000 jury summons sent, the response was minimal. But safety comes first.

The other side of the coin

And while there is no jury trials that means the defendant will likely remain in jail.

“We’re talking about 150 more inmates that we normally don’t have here are still here,” Shauberger said, adding rough figures show it costs approximately $115 per day to house an inmate.

The Jefferson County Correctional Facility is staying within jail rules with the amount of officers for the amount of inmates, medical care, feeding of inmates and more.

“All of that has been affected by the higher population that we have,” he said.

A majority of mental health facilities and hospitals where an inmate would go for competency hearings or pre-trial checks have stopped taking inmates. Shauberger described it as a fire hose, where there’s a constant flow of inmates coming into custody that are sent to trial, to the Texas Department of Corrections, mental facility, drug abuse facility or other facility. But now the system is chocked down.

Shauberger said they are working with judges and courts with having as many video hearings and court hearings as possible that do not require a jury.

“As many as we can to keep them flowing,” he said. “It’s just a lot slower with the video hearing because it is one person at a time. We’re not putting 10 people in the court. If a person is COVID positive, it’s even more difficult because we have to take extra precautions so they have no contact with anybody else.”

The pause in jury trials will affect JCSO’s budget. Numbers are usually estimated based on the previous year’s numbers, but this ear is like no other. Shauberger said he knows additional inmates impacts the budget with medical care, food, PPE, clothing and more.

“These are things we have to provide to them and our employees. The more people we have, the more we have to purchase,” he said. “I think we have a really proactive approach to the prevention and reduction of transmissions. We have drastically reduced our cases since mid-July, and it is working but the more people the higher the risk.”

Despite single-day records set Tuesday in the number of confirmed coronavirus cases, businesses in Jefferson and surrounding counties are not... read more