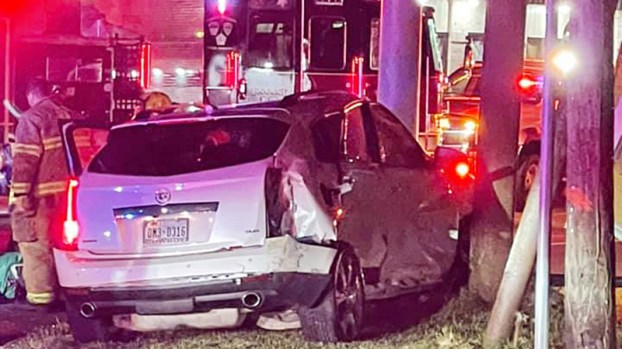 Emergency responders work the scene of the crash in Nederland.

Police chase in Nederland leads to crash, 2 sent to hospital

NEDERLAND — Charges are pending against a man who led Nederland Police on a short chase before running a red light and ramming into another vehicle Tuesday night. 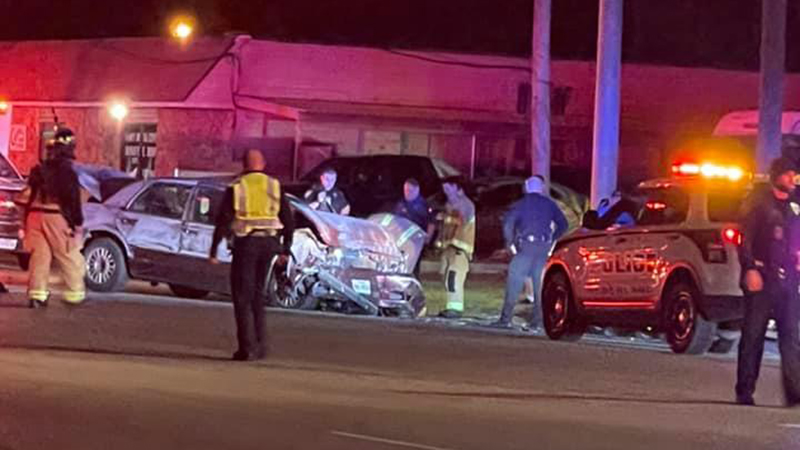 Police Chief Gary Porter said one of his officers attempted to stop the man, whose name has not been released, for a traffic violation at approximately 8:20 p.m. in the 100 or 200 block of 12th Street.

The driver did not stop but continued to Nederland Avenue, where the chase began, police said.

The short pursuit ended when the driver reportedly ran a red light at 21st Street and Nederland Avenue and struck a female Nederland resident’s vehicle.

The male driver sustained a broken femur and was taken to St. Elizabeth’s Hospital in Beaumont for treatment.

The female whom he reportedly struck was also injured and was admitted to St. Elizabeth with non-life threatening injuries.

The male driver is facing a number of charges including possession of suspected methamphetamine and a short barreled sawed off shotgun.

He has not been arrested at this time.

The Groves Police Department is getting ready to make Christmas a bit merrier for approximately 50 local families through the... read more